Western Suburbs Magpies have extended their winning streak to three with a 34-14 triumph against Mounties at Leichhardt Oval.

The 20-point victory lifts the home side to second on the ladder following five rounds and gives Ben Gardiner’s team plenty of confidence.

With the number seven jersey retired for the afternoon to honour the late Tommy Raudonikis, halfback Jock Madden wore number 22 on his back and had an afternoon to remember as he scored a try and had a hand in three others.

Exciting dummy half Jake Simpkin also had an impressive game as he scored his sixth try in five games, while Zach Dockar-Clay played well at five-eighth.

It took just two minutes for the home side to trouble the scorers when Zac Cini flew high to bat-down the ball to Madden — who dived over in the left corner.

The halfback was involved in the next four-pointer moment later when he placed a delicate chip-kick towards flying winger Allan Fitzgibbon, who gathered the ball to score.

Falakiko Manu and Aaron Schoupp bagged tries for Mounties late in the first half to keep the contest tight before the home side ran away with match in the second half.

NRL development player Edenn Rogers-Smith and Simpkin crossed for tries in the second half to ensure their third win in as many weeks. 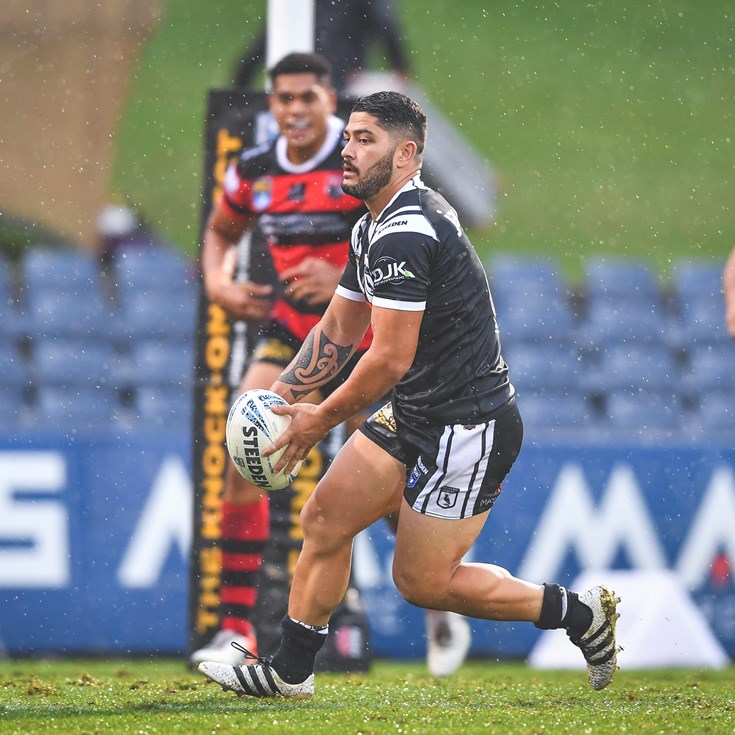