Wests Tigers have suffered a 30-26 loss to the New Zealand Warriors in a seesawing affair at Central Coast Stadium.

Michael Maguire's men managed to produce a second-half comeback to take the lead, but couldn't hold on to a two-point lead in the final 10 minutes.

Although Wests Tigers couldn’t give David Nofoaluma a win in his 150th NRL game, the winger was impressive in his milestone game as he scored a try, made a couple of line-breaks and pulled off a breathtaking try-saving tackle in the second half.

It was the good start for Wests Tigers with Luke Garner bagging the game’s opening try in the sixth minute after he pounced on a Joey Leilua grubber kick to beat Warriors fullback Reece Walsh to the ball.

Walsh, however, made up for his early mistake with a stunning first-half performance in which he recorded two try assists and scored one himself.

The young fullback threw a slick cut-out ball towards Marcelo Montoya, who crossed in the corner to lock the scores at 4-all after 10 minutes.

Wests Tigers regained their advantage when Garner collected a first-half double after accepting a delicate short-ball from five-eighth Moses Mbye, while running a perfect line.

Tuivasa-Sheck was chased down by hooker Jacob Liddle on the first break, assisted Jack Murchie for a try on the second runaway and then scored a try of his own down the right on the next occasion.

The Warriors extended their lead to 18-10 just before half-time when Walsh took on the line to score.

Wests Tigers hit back immediately after the break when Nofoaluma celebrated his 150th NRL game with a try after Montoya made a meal of a Luke Brooks kick to the corner.

Nofoaluma followed it up with an intercepted runaway down the right edge, and although he couldn’t make it to the try line, it put the Warriors on the back foot and Ben Murdoch-Masila found himself in the sin bin for a professional foul.

Maguire’s men requested to take a shot at penalty goal and centre Adam Doueihi stepped up to level the scores at 18-all with 22 minutes remaining.

It was a case of déjà vu moments later when the away team received another penalty right in front and Doueihi added two more points for a 20-18 lead.

Warriors ensured it would be a thrilling final 10 minutes when they regained the lead through a Wayde Egan try.

The home side extended their lead to eight points with seven minutes remaining when Walsh bagged another try assist to Montoya.

Wests Tigers captain James Tamou scored a late try for the away side but the Warriors held on for victory.

Wests Tigers will turn their attention to next Friday night’s Indigenous Round clash against St George Illawarra at Bankwest Stadium. 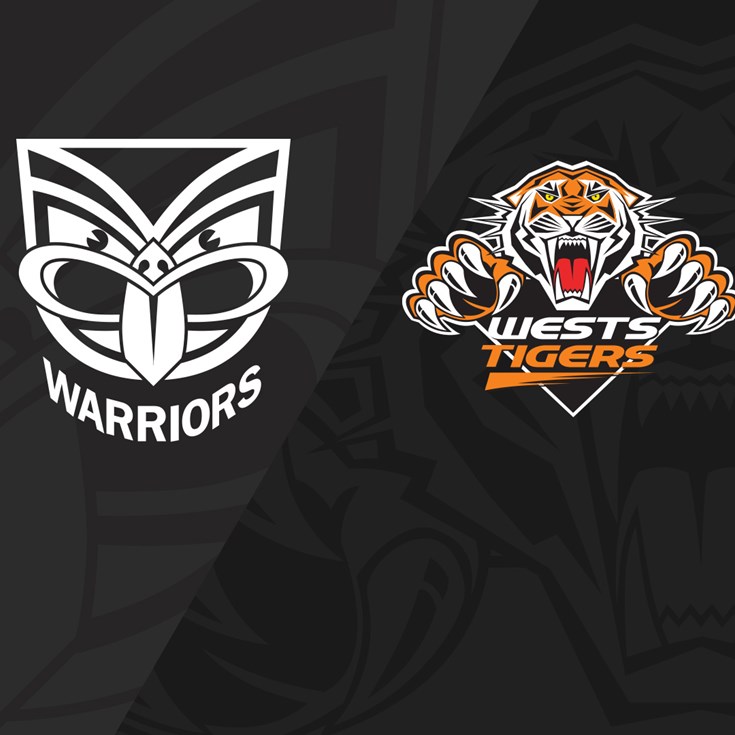