Wests Tigers Coach Michael Maguire has updated his 19-man squad to take on the St. George-Illawarra Dragons on Friday.

Kickoff for the match is at 7:55pm AEST from Bankwest Stadium.

Wests Tigers have confirmed an unchanged lineup for the game with Jake Simpkin and Stefano Utoikamanu dropping out of the initial 21-man squad.

Michael Chee Kam and Kiah Cooper remain in the squad as 18th and 19th man respectively, with final team lists to be confirmed one hour prior to kickoff.

Interchange forward Tom Amone is set to become Wests Tigers Player #245 after being named to make his club debut, while James Roberts is named to return on the wing after missing the past month with a pectoral injury.

St. George-Illawarra are also unchanged from the side named earlier in the week, with Kaide Ellis and Adam Clune retained as reserves.

Final team lists will be confirmed at 6:55pm AEST on Friday. 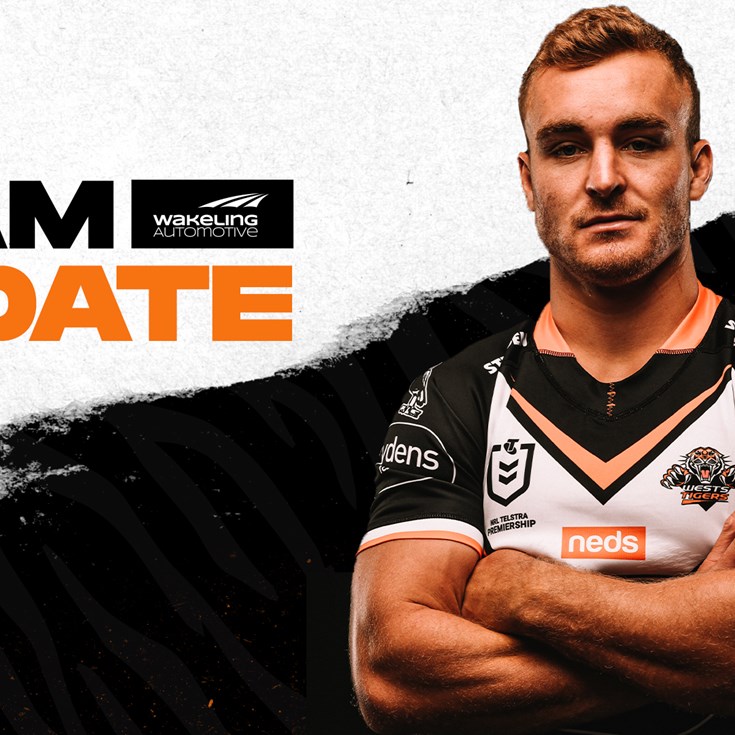 Presented By Wakeling Automotive 2 weeks ago

Presented By Wakeling Automotive 3 weeks ago

Special game day at Indigenous Round!

Presented By Wakeling Automotive Fri 28 May, 2021