NSW coach Brad Fittler and the Blues will be eager to atone for allowing the Origin shield to be snatched from their grasp in 2020 by a Queensland team tagged by some as the Maroons' worst-ever squad.

Fittler, who had brought the pride back to NSW with series wins in 2018 and 2019, admits he was out-coached by wily Wayne Bennett and is determined to ensure the Blues make good on their favourites tags this time around.

Both teams have been hit by injuries and suspensions with Fittler forced to go with a new-look back row and Maroons boss Paul Green gambling on the fitness of 75 per cent of Queensland's spine.

NSW are powered by the unbeaten competition-leading Penrith and will be hoping more than a little bit of the Panthers' magic will rub off in Townsville on June 9.

Maroons: Dane Gagai missed two field sessions due to illness but he is fine to play.

Back-up hooker Reed Mahoney was released from camp to play for the Eels against Newcastle on Sunday but suffered a shoulder injury and is out of action for a couple of weeks.

St George Illawarra skipper Ben Hunt took Mahoney's place on the extended bench. Hunt will be the 18th man with Cowboys forward Coen Hess omitted from the squad an hour before kick-off.

Cameron Munster has been cleared to play as has Titan AJ Brimson, who will take up the bench utility role.

Veteran back-rower Felise Kaufusi beat his tripping charge at the judiciary and is free to play.

Blues: Payne Haas (knee bone bruise), James Tedesco and Josh Addo-Carr (both hip pointer) were the only slight injury concerns for NSW in the lead-up to game day.

NSW will start three debutants in their match-day 17 with Panthers five-eighth Jarome Luai being joined by club teammates Brian To'o and Liam Martin in pulling on the sky blue for the first time. Their introduction should be eased by the presence of fellow Panthers Nathan Cleary and Isaah Yeo.

Penrith hooker Api Koroisau will be the 18th man with Rabbitohs duo Campbell Graham and Keaon Koloamatangi omitted from the game-day squad.

Kurt Capewell v Tom Trbojevic: The Panthers back-rower not only missed the last NRL round because of a head knock but has to try and fill in at centre against one of the hottest players in the competition - Manly's Tom Trbojevic.

Both have handled the switch to centre in the past but the Sea Eagles custodian's track record at Origin level and red-hot club form present a challenge several levels above that which confronted Capewell on his Origin debut in 2020.

There are fears that the NRL's high-contact crackdown's fallout will spread to the NRL and see the same sort of blowouts that are proliferating at club level. The Origin record for most points in a game is 72 (NSW 56 Queensland 16, Game III 2000) and the largest winning margin 46 (Queensland 52 NSW 6, Game III 2015).

Head to NRL Pick'Em and get pickin’ to win a share of $1 million this week! 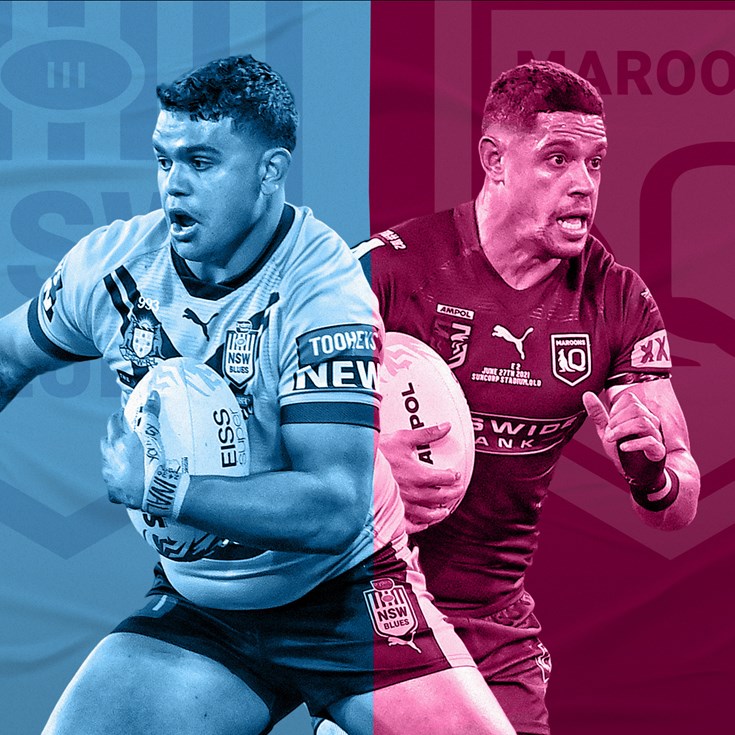 Why State of Origin series opener was moved to Townsville