Wests Tigers will head to Queensland for a second time this season for Saturday night’s clash against the Melbourne Storm on the Sunshine Coast.

The match was originally scheduled to be played at AAMI Park in Melbourne but was relocated north of the border due to the COVID-19 situation in Victoria.

Although Michael Maguire’s men weren’t able to leave Bankwest Stadium with two competition points following Round 15’s match against the Eels, the side has shown plenty of improvement in recent weeks — claiming three wins in five weeks.

They’ll need to be at their best this Saturday night when the face off against the defending premiers and ladder leading Melbourne Storm, who have lost just two games this season.

Wests Tigers fans will get to see the club's newest recruit Ken Maumalo in action for the first time after the international winger was brought straight into the starting lineup for the Round 15 clash — becoming Wests Tigers Player #246.

Storm: Nelson Asofa-Solomona returns in place of Jesse Bromwich, while George Jennings starts on the wing for Trent Loiero. Christian Welch and Tui Kamikamica swap positions in the late mail with the Origin forward to come off the bench.

Wests Tigers: Unchanged from the team named earlier in the week with Ken Maumalo making his Wests Tigers debut on the wing. Moses Mbye returns at five-eighth with James Roberts shifting to centre in place of Adam Doueihi. 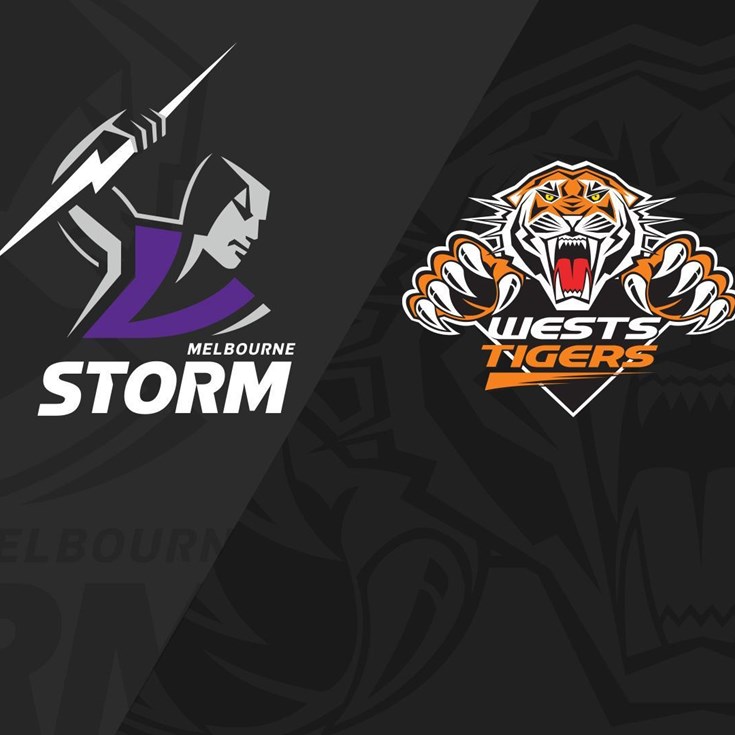