Experienced playmaker Moses Mbye will play his 150th NRL game on Sunday afternoon after being named at five-eighth for the Round 16 clash, alongside Luke Brooks in the halves.

Adam Doueihi will return to the squad at centre and will once again face off against his former team after missing the Round 15 match against Melbourne due to concussion.

22-year-old forward Alex Seyfarth has been named at lock for the fixture against the Rabbitohs — just the second time he’s featured in the starting side during his young NRL career.

Shawn Blore has been cleared of an ankle complaint that saw him fail to finish the match against the Storm and has been named in the back row, alongside forward Luciano Leilua.

To adhere with the NSW Government restrictions, along with the Level 4 COVID-19 protocols enacted by the NRL, Sunday’s match will be played behind closed doors.

Both teams will provide an updated 19-man team lists at 4:05pm Saturday before finalising their sides one hour prior to kickoff (3:05pm, Sunday). 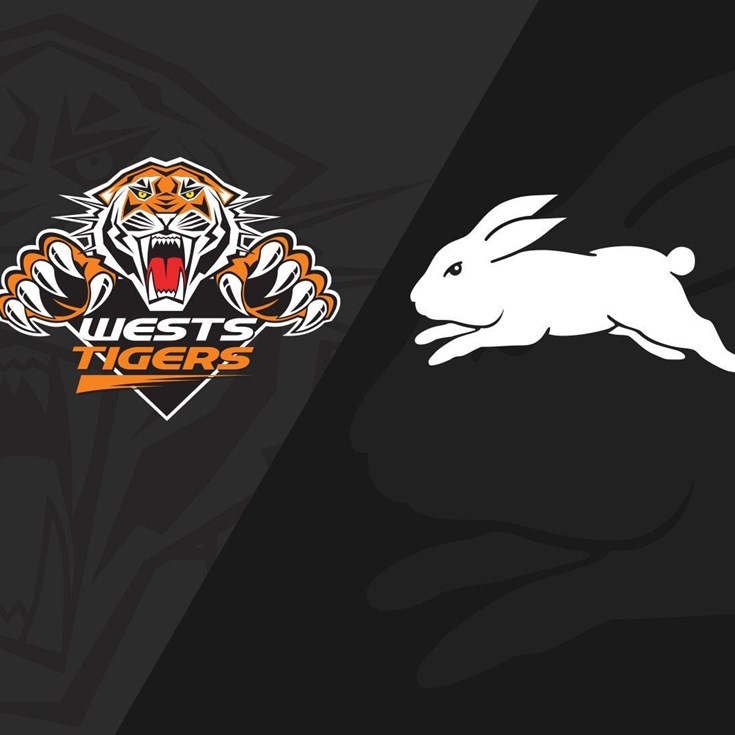 Rabbitohs too strong for Wests Tigers at Leichhardt Oval