Wests Tigers Coach Michael Maguire has updated his squad ahead of Sunday's Round 21 clash against the Canterbury-Bankstown Bulldogs to be played at Cbus Super Stadium.

With Wests Tigers looking to bounce back from last week's close defeat to the New Zealand Warriors, Maguire has confirmed an unchanged side with Tuki Simpkins and Jake Simpkin remaining in the 19-man squad as reserves.

Jock Madden and Tom Amone drop out of the squad as captain James Tamou and prop Thomas Mikaele both return injury, while Zac Cini joins the bench in place of the injured Daine Laurie Laurie with Moses Mbye shifting to fullback.

Wests Tigers are aiming to make it three wins in a row over the Bulldogs for the first time in club history, having won both matches between the two last year.

Final team lists for both sides will be confirmed at 12:50pm, Sunday. 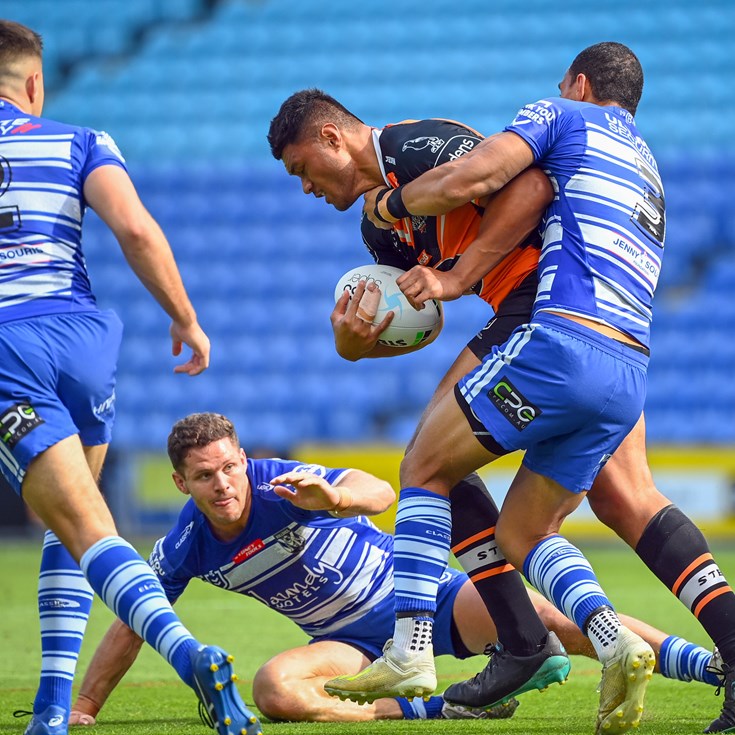 The best pics from Round 21