Their unbeaten start to 2018 might have come to an end, but it was still another fantastic showing from Wests Tigers against the Broncos at Campbelltown.

From the relentless commitment in defence to the cool heads seeing the game in to Golden Point, Ivan Cleary will no doubt be proud of the effort and resilience shown by his side on the night.

And with the likes of Elijah Taylor, Josh Reynolds, Tui Lolohea and Jacob Liddle still to come back in to the mix, the signs are definitely there that Wests Tigers are the real deal in 2018.

As is to be expected from a 9-7 scoreline, there were no shortage of remarkable numbers to come from the match — we take a look at some of the most remarkable ones thanks to Income Tax Professionals.

For the third straight week, Wests Tigers their opponents to under 10 points — the first time such a defensive run has happened in club history. It was the first time that the Broncos too had won a match without scoring a try, such was the defensive resolve shown by the home side. Ivan Cleary's side have conceded just 25 points in the opening three weeks of the season (the best in the NRL), and it's also the best start to a year defensively that Wests Tigers have ever made. Had it not been for the Golden Point penalty goal as well, it would have been the best three-game defensive record for the club's history, having previously conceded 24 points in three games before (2005 Finals series, 2011 Rd.11-13, 2012 Rd.12-14).

While we're on defence, it's worth noting the vast improvement in that area compared to just 12 months ago. In the first three games of 2018, Wests Tigers faced the Rabbitohs (who finished 12th), the Panthers (who finished 7th) and the Raiders (who finished 10th) and conceded a staggering 18 tries. This year — despite playing arguably the three strongest sides in the competition in the Roosters, Storm and Broncos — that number is at just two. Two tries in three games against some incredibly strong teams: definitely something Ivan Cleary will be proud of and hoping continues over the coming weeks and months.

Last week it was the volume of penalties that almost cost Wests Tigers the game; this week it was the timing of them that ended up handing the hosts their first loss of the year. The incorrect penalty in Golden Point (even the NRL admitted so), and the controversial one four minutes from time that allowed Jamayne Isaako to level the match was the difference in Wests Tigers remaining undefeated or not. The 31 penalties conceded by Cleary's men is the equal most by any team so far this year — level with the Cronulla Sharks and Parramatta Eels, the latter of whom they face off against in Round 4 on Easter Monday.

One good area where Wests Tigers lead the NRL, however, is around the halves with Luke Brooks and Benji Marshall combining to put their side atop the league in both total kicks and total kick metres. Wests Tigers are six kicks ahead of the Sharks with 61 for the year, and almost 100 metres ahead of the men for the Shire in metres gained from those kicks with 1524m. With Benji Marshall potentially out for next week's game and the returns of Reynolds and Lolohea not 100 percent clear, it'll be interesting to note what impact that has on the kicking game of Wests Tigers when they take on the Parramatta Eels.

Having earned his centre spot following on from a remarkable pre-season, Esan Marsters continues to turn heads each week with his tough carries and elusive running. Through the opening three weeks of the year, Marsters leads all backs in the NRL with 12 offloads and is only one behind offload merchant Martin Taupau at the Sea Eagles. Offloading isn't just limited to Marsters when it comes to Wests Tigers, though, with the team chalking up 52 offloads in just three weeks of action. Only the Warriors (who are undefeated to start the year) have more — an interesting correlation between two of the strongest sides to start 2018. 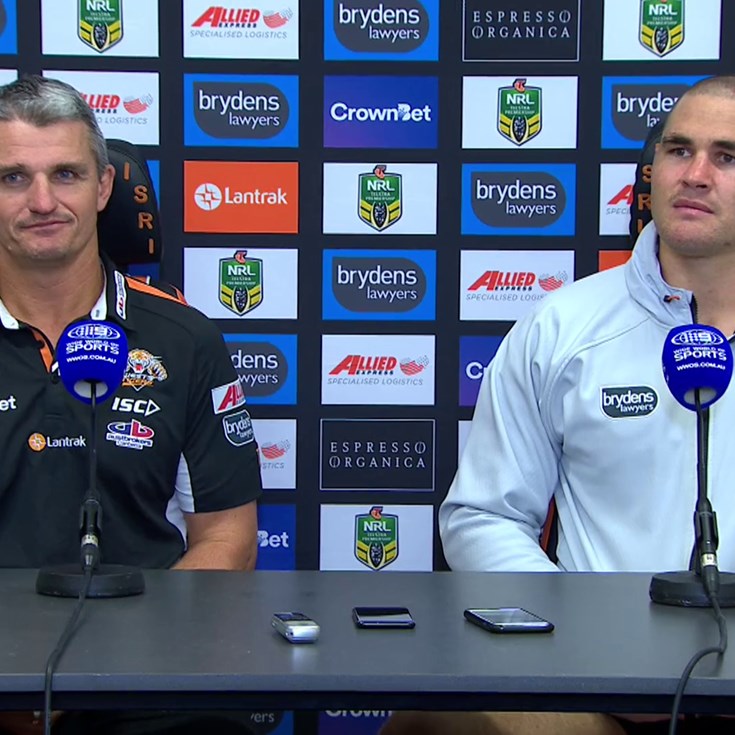 Don't miss out on Friday night football in Campbelltown!