It's one of the biggest games on the rugby league calendar so it's no surprise to see so many major storylines at play for today's Easter Monday clash at ANZ Stadium.

From the contrasting form of both sides to a myriad of different injury news, both teams head in to today's game having had plenty spoken about them from both sides of the fence this week.

With so much to reflect on, we pick out the five biggest things to keep an eye out for today...

1. Will we see more points scored than the statistics suggest?

While it's certainly been an impressive start to the year on the defensive front for Ivan Cleary's side, the attack has been less than perfect — scoring just three tries in their opening three rounds. Defensively, Wests Tigers have been good enough to win two of those games (potentially three depending on how you view that Golden Point decision), but there's no hiding from the fact that the attack certainly needs to lift if they are to be a genuine threat in 2018. And if you look at this week's opponents, the exact same sentence can be said, and more. Parramatta are, statistically speaking, the worst attacking side in the competition having scored just four points since their blistering opening 15 minutes back in Round 1. The absence of star outside backs Jarryd Hayne and Bevan French certainly doesn't seem to help their cause either — meaning we might be in for a low scoring one today if the numbers are to be believed.

But there's something about big games that can often throw form out the window, and perhaps that might just be the case for today's Easter Monday blockbuster. All four matchups between the two over the past few years have gone right down to the wire, and with both sides desperate to generate momentum early in the season, they might just spur each other on to a better attacking performance. That, and an expected crowd upwards of 40,000 at ANZ Stadium today roaring the two sides to put the other to the sword...

2. Is Benji's ankle right, and what does that mean?

After a week of speculation, the news was positive for Wests Tigers fans at the team's final training session with Benji Marshall given the green light by Coach Ivan Cleary. Marshall had picked up an ankle problem in his side's Golden Point defeat to the Broncos last Friday and swelling in the ankle had put the veteran playmaker in doubt. However, the long turnaround coupled with his tenacious desire to compete allowed Marshall to take his place for the team in a huge boost for the side today. Marshall and Brooks have been growing each week in their combinations, and you get the feeling that the presence of Benji might just bring out a cracker of a game from Brooks today. The Holy Cross Rhinos product loves the Easter Monday clash and has produced some seriously big plays in the game over the past few years, and after he almost stole the win for Wests Tigers last weekend, he should be full of confidence to do the same later today.

3. Who will claiming bragging rights in the house?

Of course, we couldn't mention Wests Tigers v Parramatta without touching on the infamous house — the one that former teammates Luke Brooks and Mitchell Moses share together. Ever since Moses left Wests Tigers, there's been a little bit of added feeling between these two sides, especially with a number of ex-Parramatta forwards in Josh Aloiai and Alex Twal finding their way in first-grade at the joint-venture. When they met for the first time last year, it was Moses' halves partner in Corey Norman who kicked the Eels to a thrilling one-point victory, but both sides have a very different look and feel about them this year. Wests Tigers are travelling well and full of belief within the squad, while Parramatta are simply desperate to get their first win and move off the bottom of the ladder. Brooks already gained bragging rights in the house with his win over James Tedesco in Round 1 — what will the result be this time around?

4. What will the Eels' new-look backline offer?

Struck down by injuries last week to Bevan French and Jarryd Hayne, Brad Arthur's side will be somewhat of a new-look one in the backs with Will Smith slotting in at fullback and George Jennings (younger brother of Michael) earning a spot on the wing. With Brad Takairangi and Clint Gutherson already sidelined, it's certainly a different looking back five for the Eels today, but that might just be what is needed to click the blue and gold's attack in to life. Since the opening 20 minutes of Round 1, Parramatta have scored just one try and four points in total, so they desperately need to find some attacking spark today against the competition's best defensive unit. Who knows, maybe the new faces might just do the trick?

5. Could we be in for even more late changes?

Ivan Cleary confirmed last night one late change for his side to the team originally named during the week with young gun Jacob Liddle set to play his first game of the year after recovering from off-season shoulder surgery. Arguably the club's first-choice hooker, Liddle will form an integral part of the team's attacking spark going forward each week and is no doubt a huge boost for the side, but could we be in for more late changes this afternoon? Tui Lolohea is back from his knee injury and listed amongst the reserves and after a stellar performance that won his side the game in Round 1, it's hard to leave him out of the team for today.

On the Parramatta front, maybe Cameron King could also come in as a late inclusion? King has been a staple of the Eels' pack through the opening few weeks at hooker but has been slotted out of the side this week in favour of youngster Kaysa Pritchard. There might also be a concussion concern for King having picked up two in the past two weeks that might keep him out of the side today, but it's certainly worth keeping an eye on late mail today to see if either he or David Gower find their way in to the final 17's.

We should have a fair idea of who will play in the main game when the Intrust Super Premiership team lists are revealed online at 12:45pm (keep an eye on www.weststigers.com.au for that), with the final team lists for this afternoon's NRL game at ANZ Stadium dropping one hour prior to kickoff, so 3:00pm. 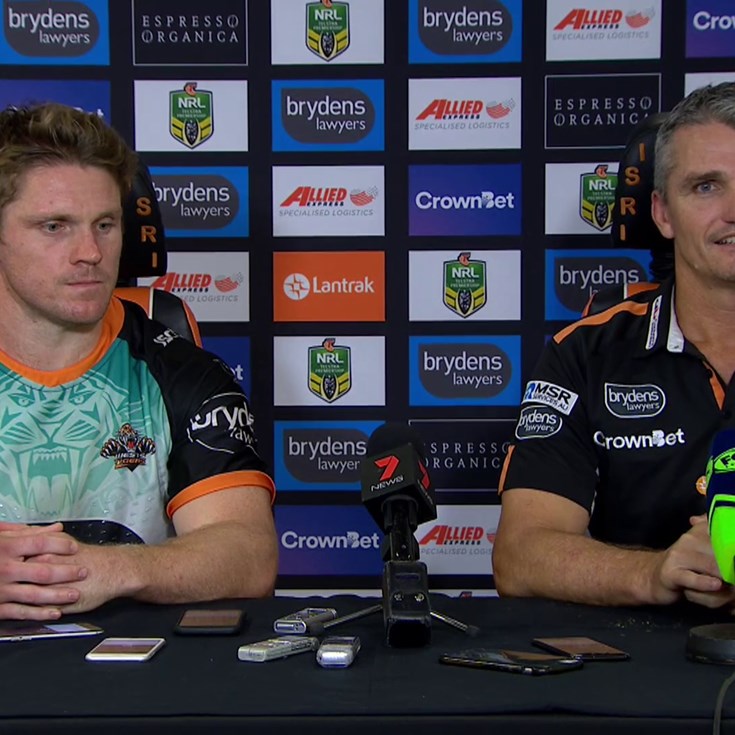 Fans to benefit from free integrated transport this Easter Monday