Josh Reynolds' return from injury headlines the 21-man Wests Tigers squad named by Coach Ivan Cleary as they take on the Canterbury-Bankstown Bulldogs.

A former Bulldog from 2011 to 2017, Reynolds will play just his second game for Wests Tigers this week after missing the start of the year with a hamstring injury and the past six weeks with a shoulder issue.

The 29-year-old has been named to make his return off the interchange bench in jersey 15, with Benji Marshall and Luke Brooks named to continue in the halves — as they have done all season.

The other big news for Wests Tigers is the return of Tuimoala Lolohea, who has been named at fullback in place of Corey Thompson. Lolohea has not featured for the side since picking up a knee injury in Round 5, making a successful return via the club's Intrust Super Premiership side over the past fortnight.

Lolohea chalked up a try-assist and three goals from three attempts in the Magpies recent win over Penrith, and is also yet to lose an NRL game this year with the side winning all three matches in which he played.

After being demoted to the Intrust Super Premiership side last weekend, Mahe Fonua returns in the centres in place of Michael Chee Kam, who moves to the back row with Robbie Rochow dropping out of the side.

Thompson also starts on the wing in place of Malakai Watene-Zelezniak, with Esan Marsters and David Nofoaluma rounding out the new-look back five for Coach Cleary this weekend.

After starting at hooker for the past fortnight, Elijah Taylor moves to his more favoured position at lock with Jacob Liddle named to start in the No.9 jersey. That sees Matt Eisenhuth drop back to the interchange bench, where he joins Reynolds alongside prop forwards Alex Twal and Sauaso Sue.

For the Bulldogs, Coach Dean Pay has named a near identical side to the one that went down to the Cronulla Sharks with John Olive set to make his club debut in place of the injured Josh Morris.

Raymond Faitala-Mariner returns to the side in the second row, with Rhyse Martin moving to lock. 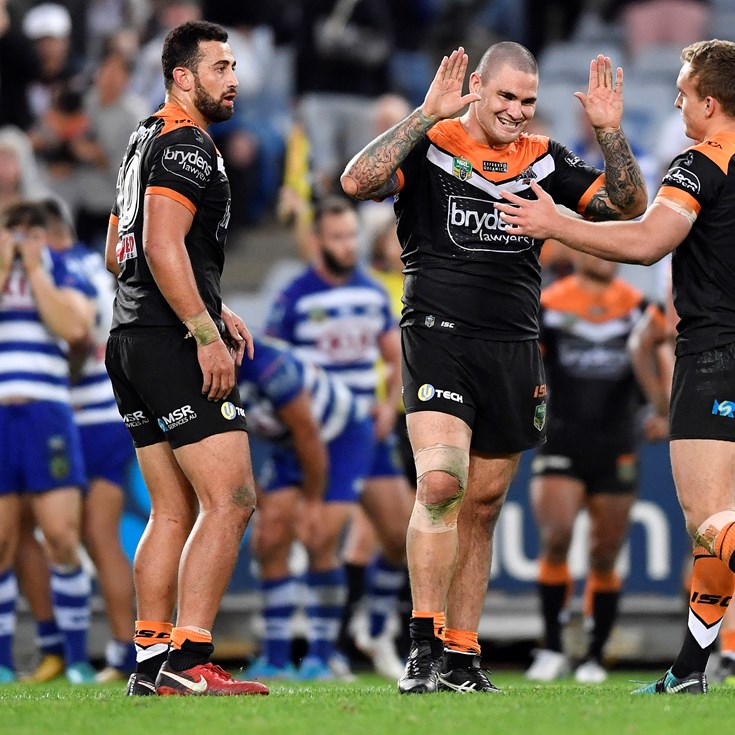 Cleary: "We found a way to win"

Presented By Wakeling Automotive Sat 26 May, 2018