A second half comeback from Wests Tigers has seen them down the Canterbury-Bankstown Bulldogs 14-10 in their Round 12 clash today at ANZ Stadium.

Trailing 10-4 at the break after wasting a number of good attacking chances, Josh Reynolds return to action in the second half sparked a resurgence from Wests Tigers with two crucial late tries.

The result sees Wests Tigers remain inside the top eight at the midway point of the 2018 season.

With both teams prepared to throw the ball around early, it was the Bulldogs who posted first points as a clever short side raid from Jeremy Marshall-King ended with Brett Morris going over in the corner.

Moses Mbye added the extras from out wide to give the visitors an early 6-0 lead after 10 minutes of play.

Mbye would extend the Bulldogs' lead further with a penalty goal six minutes later, before another lucky break would fall the way of the visitors as Mahe Fonua's try was called back for an obstruction.

After finally getting down the other end of the field, Wests Tigers would grab their first try of the day as a magical two-man cut-out pass from Benji Marshall put Corey Thompson over untouched out wide.

Esan Marsters was unable to convert, however, leaving the gap at four, before another penalty goal to Mbye just before the break ensured the Bulldogs would enter half-time with a slender 10-4 advantage.

Desperate try-savers from Fonua and Luke Brooks to open the second half would keep Wests Tigers in the contest, and with Reynolds soon introduced in to the contest, the home side would crash over for their second try of the day as Tuimoala Lolohea and Marsters put David Nofoaluma over in the corner.

Refusing to go away, Wests Tigers would find themselves on the front foot once again as Marsters and Fonua combined with a bullocking run, before Lolohea put it on the toe for Chris Lawrence to score.

After narrowly missing with his two earlier attempts, Marsters made no mistake from wide out this time around, putting Wests Tigers in front for the first time in the game with just over 10 minutes remaining.

Marsters had the chance to put the home side a converted try up with four minutes remaining, but his wayward penalty attempt set the match up for a grandstand finish with the Bulldogs on the attack.

However, Wests Tigers were able to hold firm and walk away from the game with two crucial points. 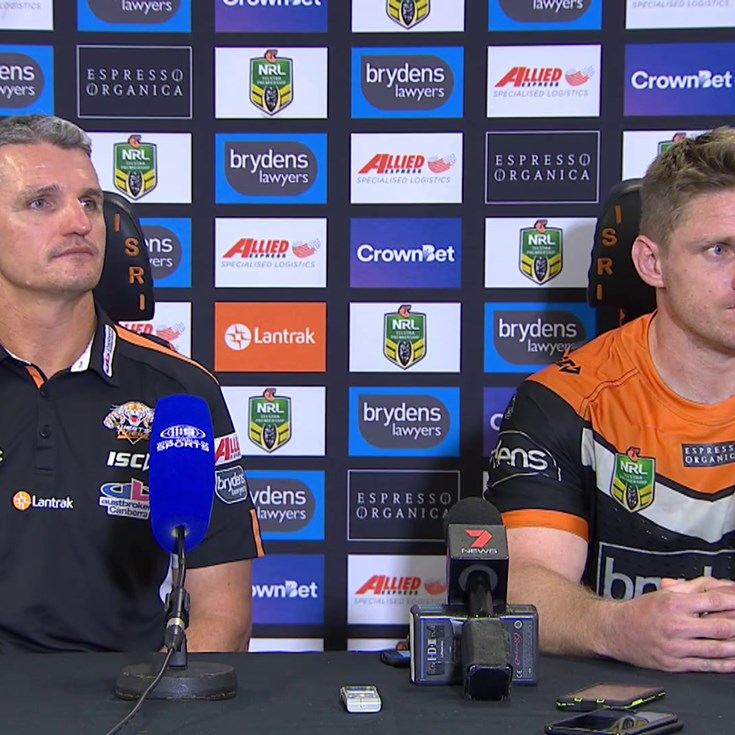