It was a thrilling contest at Allianz Stadium on Sunday afternoon that just didn't fall the way of Wests Tigers as the Sydney Roosters hung on for a 16-14 victory.

Trailing by two converted tries late in the match, a Josh Reynolds-inspired comeback saw the visitors claw their way back and have a shot to win the match — only to fall just short in the final set of the match.

While frustrating for Wests Tigers fans given the number of chances Ivan Cleary's side had (particularly early on), there's still plenty of key numbers to take from the game, thanks to Income Tax Professionals...

It's been a season of close matches for Wests Tigers this year and Sunday's game was no different — making it the eighth game this year that have been decided by four points or less. Of those eight games, Wests Tigers have had some close wins but four crucial two-point defeats, all of which could prove to be pivotal as the side looks to make a return to the NRL finals for the first time since 2011.

Credit where it's due to the Roosters defence in this one, with the home side keeping Wests Tigers to just one linebreak all game — their lowest recorded number all season. That linebreak too came from half a metre out with Josh Reynolds burrowing over from dummy half, further highlighting just how strong the Roosters were on a slipping Allianz Stadium track in keeping the Wests Tigers attack in check.

Speaking of season lows, Wests Tigers also recorded their fewest number of offloads on Sunday with just six second-phase moments created by the visitors — a huge contrast to the 23 offloads that they managed the week before against the Bulldogs. The home side had clearly done their homework in this regard and it paid off, with only the New Zealand Warriors (171) making more offloads this year than Wests Tigers (161).

They might have failed to produce the final pass or kick required to score points on Sunday, but there were still plenty of positive signs for Wests Tigers to take from the loss — starting with their defence. A hallmark of the season so far, Ivan Cleary's side produced one of their best tackling performances of the year with just 23 missed tackles against the Roosters powerful forwards. 23 is the second fewest number of tackles the side has missed in a game this year, with the least (21) also coming against the Roosters back in Round 1. To miss just 44 tackles in two games against the Roosters is a pretty remarkable achievement!

And while the tries didn't always come, it's worth noting too that Wests Tigers did throw some good attack against the Roosters with 18 line engaged runs recorded for the match. This has been an area that Cleary's men have struggled in over the past month with an average of just five per game for the last six weeks, but the forwards in particular found ways to bend the Roosters line and get the visitors on the back foot on Sunday. If they can do that again next Sunday when they take on the Cronulla Sharks but with a bit more polish inside the opposition's 10m line, the points could well start to flow for Wests Tigers... 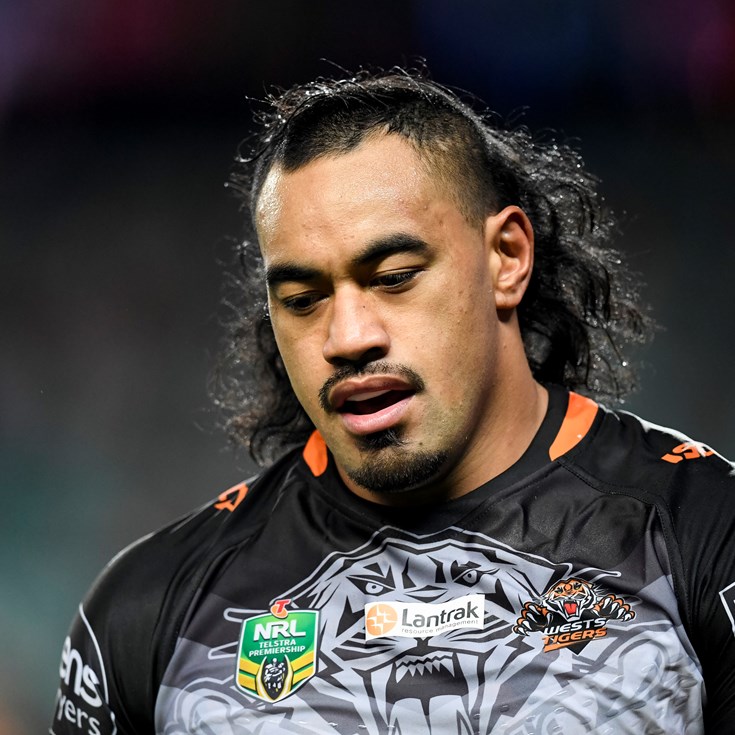