Both New Zealand and England will head in to the third and final Test match of this year's series at Elland Road on Monday with a number of injury concerns to key players.

England have already claimed the Baskerville Shield for 2018 with victories in the first two Tests, but will be looking to produce a series clean sweep on Monday morning when they clash against a Kiwis side determined to ensure they take something away from their tour of the United Kingdom.

In somewhat of a dead-rubber, England Coach Wayne Bennett has confirmed that four players will miss the Test with captain Sean O'Loughlin (calf), halfback Sam Tomkins (hand) and hooker Daryl Clark (rib) all set to miss the game. Prop George Burgess will also miss the game after being found guilty of an eye gouge on Kiwis captain Dallin Watene-Zelezniak in the second Test at Anfield. Richie Myler, Joe Greenwood and Stefan Ratchford have been called in to the England squad.

New Zealand Coach Michael Maguire also has key decisions to make for Monday's game with a number of outside backs in doubt for the game.

Having already lost Jordan Rapana (shoulder) for the remainder of the series, Wests Tigers centre Esan Marsters (hamstring) as well as Watene-Zelezniak (knee) are both under injury clouds.  Neither injury is considered to be serious, but both players will need to prove their fitness in order to take to the field on Monday.

New Zealand has not lost a series clean sweep to England since 2007.

Kickoff for Monday's game is at 2:15am AEDT with live coverage via FOX League. 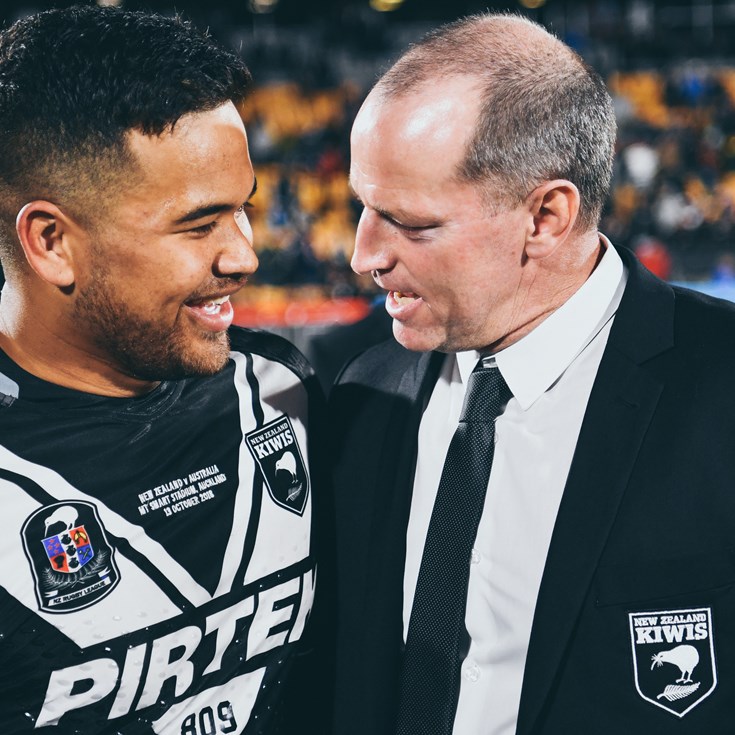