Wests Tigers Head Coach Michael Maguire will welcome back five-eighth Benji Marshall for Saturday's Round 8 clash against the Sydney Roosters at the Sydney Cricket Ground.

Marshall has not played for the club since picking up a hamstring injury in Round 3, but has been named to return in the number six jersey in place of Josh Reynolds, who will himself be sidelined for the next few weeks with a knee injury.

Marshall will start alongside Luke Brooks in the halves in the only change to this week's run-on side, which also sees Chris McQueen start again in the back row following his first NRL game of the season last week against the Titans.

After sitting out last week's game due to the necessary concussion protocols, Luke Garner is also a welcome return with the forward included on the bench.

@mcqueen_1070 starts again this week after an impressive showing in Round 7! 👏 #OurJungle

Having played for the club's Canterbury Cup side over the past fortnight, hooker Jacob Liddle and winger David Nofoaluma have been named amongst the reserves for Saturday's game, along with Paul Momirovski and Russell Packer. Both Momirovski and Packer travelled with the squad to Tamworth but did not feature last week — Packer listed as 18th man while Momirovski was unused on the bench.

For the Roosters, Coach Trent Robinson will welcome back Luke Keary from concussion, with the five-eighth replacing Lachlan Lam in the halves, while Isaac Liu also returns from a broken finger to slot in at lock in place of Mitchell Aubusson.

Wests Tigers will provide an updated 19-man squad 24 hours prior to their Round 8 game (7:30pm, Friday) with final team lists to be confirmed one hour before kickoff. 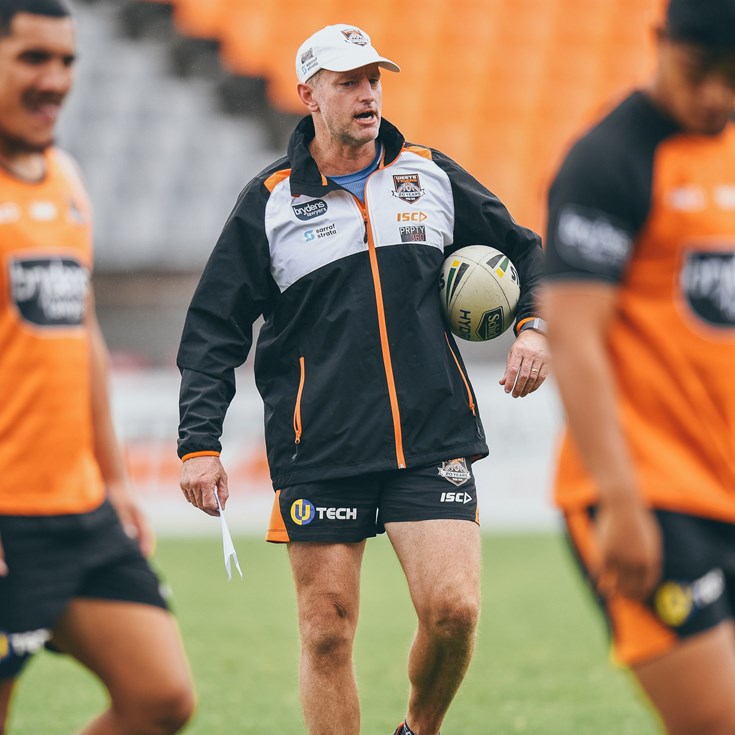 Taking down Roosters bigger than one player, says Maguire