Wests Tigers Head Coach Michael Maguire says his side are looking forward to the atmosphere of the NRL's first Magic Round weekend as all 16 teams converge on Suncorp Stadium.

Having experienced the Magic Round concept firsthand during his time in England, Maguire said the initiative was a positive step forward for the game and one that his side were looking forward to delivering a strong performance in on Friday night.

"It's a special weekend to have every team in one place," Maguire said.

"I think the fans are the real winners because they get to watch a lot of footy.

"The atmosphere from my time over there was incredible so I'm looking forward to seeing how it gets generated here. I think the fans get behind it and really generate a party atmosphere and they get stuck in for the day which is great. The footy is the main thing — they get to watch some really top class rugby league being played.

"It's always pretty good coming up here and playing [at Suncorp]," he added.

"The ground itself speaks for itself, so to have big crowds and a great atmosphere really adds to what we're doing as a game in this Magic Round weekend."

After a disappointing loss to the Sydney Roosters last week, Maguire spoke about the side's continued focus for consistency as they look to return to the strong defensive principles that anchored Wests Tigers' opening month of the season.

"The key for us is how hard the boys will work for each other," Maguire enthused.

"I think last week we played against a red-hot Roosters team and they're setting a fair standard at the moment so we know where we need to get to as a group.

"It's every play — that's the key in the game at the moment. The NRL is getting closer and closer in the way it's being played and it only takes one or two bounces of the ball and you can find yourself on the other side of it all.

"We've got to do that by sticking to the game plan and doing a job for each other."

While the return of Benji Marshall will certainly attract plenty of headlines for Wests Tigers and add plenty to the side on Friday night, the first-grade debut of Oliver Clark will also mark a special night for Wests Tigers, with Maguire keen to see how the 22-year-old handles the occasion of his childhood dream being realised.

"When I first came here he worked really hard through the pre-season and I could see some signs there that he was going to step up. He's been around this sort of level for some time now and he knows what is required.

"Last week he went really well in reserve-grade and so it's his opportunity to come out and show what he can do.

"It's always great to debut a young player who works really hard in the background." 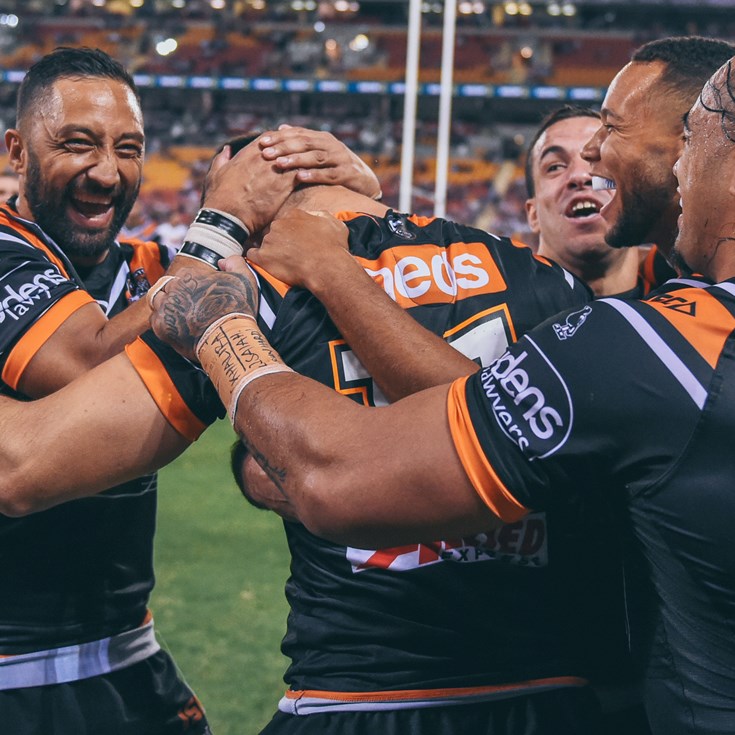