Wests Tigers Head Coach Michael Maguire says he was satisfied with the way his backline reshuffle panned out as his side cruised to a comfortable 30-4 win over the Penrith Panthers.

Following a heavy defeat to the Sydney Roosters in Round 8, Maguire opted for the same back five but huge positional changes for the crucial Magic Round clash, with only fullback Moses Mbye featuring in the same position as last week.

Maguire's side ran in five tries in the opening 17 minutes and 30 points on the night and it could have been more with Marsters held up over the line, Mbye disallowed controversially by the Bunker and Thompson through the line on several occasions.

Mbye, Marsters, Thompson and Jennings all scored tries in the win for Wests Tigers, with Maguire pleased with how the back five handled the adjustment.

"I'll go back and have a look at how that went tonight," Maguire said post-match.

"Last week [Esan] had a tough night but this week he went to that side. I thought it would be a good change up with Jennings on the wing. Mahe has been performing and doing a job for us and I gave him a shot in the centres."

In addition to the new-look backline, the inclusion of Benji Marshall to the spine had a significant effect on the performance of Wests Tigers with he, Robbie Farah, Luke Brooks and Moses Mbye producing their best game together as a spine.

“The way Farah and Brooks are coming together with Benji there too – it was great to have him back,” said Maguire “It’s been good for us this week having Marshall come in, and having him add to the team is always an important one for us.”

“Mbye has been challenged around his game but I thought he owned up tonight.

"He saved two certain tries and I think that was a real special piece of what he did. It shows a lot of selflessness around the way he went about the game.

"All the boys were hurting a fair bit after last week; we put effort in but it wasn’t where we wanted it to be, so we need to make sure we turn up like tonight all the time now." 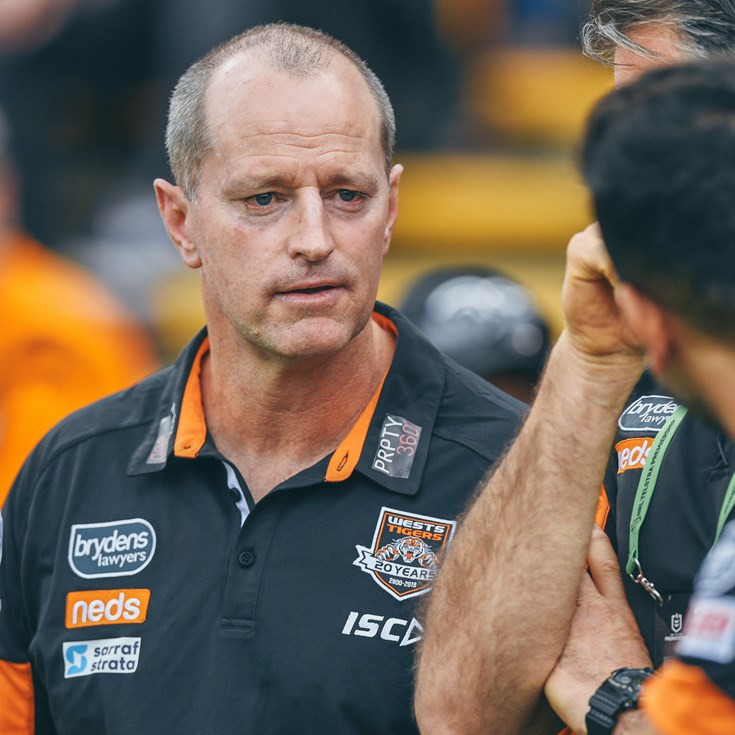