It was a weekend of close results for Wests Tigers in Round 10 with only our Women’s Premiership side recording a win.

Having defended superbly throughout the game, Michael Maguire’s side were struck by a last minute try from the Melbourne Storm to claim the two points.

For Canterbury Cup, despite fielding an extremely strong side flush with first-grade experience, Western Suburbs were held for most of the game by the Bulldogs before a late try to Elijah Taylor secured a point for both sides with a draw.

It was the Harvey Norman NSW Women’s Premiership side that claimed the only victory for the round for Wests Tigers with a terrific second half comeback.

With only one win to their name prior to the clash against St. Mary's, the side showed tremendous fight to come from 14-4 down early in the second half to claim a thrilling 20-14 victory – moving them to the edge of the top eight.

Wests Tigers will face the South Sydney Rabbitohs in Round 11 in both NRL and Canterbury Cup, with the club's Jersey Flegg and Harvey Norman teams on the bye. 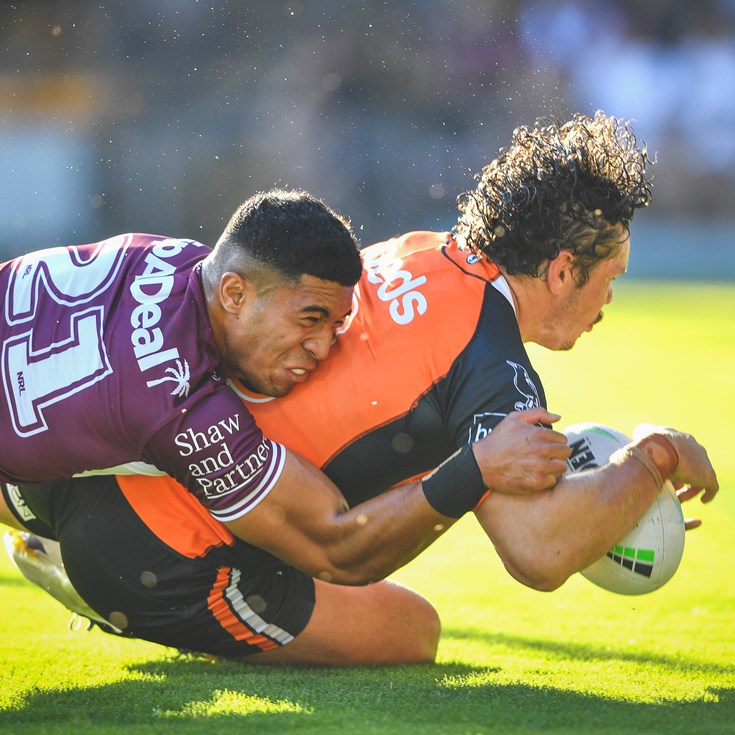