Wests Tigers will be looking to head in to their Round 12 bye with a crucial two points in hand as they face the top-of-the-table South Sydney Rabbitohs this Saturday at ANZ Stadium.

After a heartbreaking last-minute defeat to the Melbourne Storm last week, Wests Tigers will be keen to ensure their win-loss-win-loss run continues this week as they face a Rabbitohs side who have only suffered one defeat so far this season.

Under the tutelage of Coach Wayne Bennett, the cardinal and myrtle have been in rich form to start 2019 with a slew of players understandably in the discussion for State of Origin selection. With Saturday's game the final fixture before teams get announced on Sunday night, the likes of Damien Cook, Cody Walker and Adam Reynolds will all no doubt be keen to impress and try to secure their Origin spots.

Wests Tigers Head Coach Michael Maguire has opted for a change in his back five for the first time since Round 1 with Paul Momirovski starting in the centres in place of Mahe Fonua. Momirovski made his club debut in Wests Tigers win over the Sea Eagles to start the year but has primarily featured for the club's Canterbury Cup side, Western Suburbs Magpies, since that game.

Wests Tigers are otherwise unchanged following their good performance against the Storm and looking to continue their good recent form against the South Sydney Rabbitohs, having won five of the last seven matchups between the two.

With his 228th appearance for Wests Tigers this week, Benji Marshall will pass Chris Lawrence (currently 227) to move to second all-time in matches played for the club, with the Premiership Winner only behind Robbie Farah (currently 266 games).

In total, Marshall has played 294 career matches and is closing in on the elusive 300-game club along with Farah, who has played a total of 292 career games.

For the high-flying Rabbitohs, Bennett has opted for an unchanged side following their Round 10 win over the Canberra Raiders with versatile forward Ethan Lowe again listed in the centres after his late inclusion there last week.

With Kyle Turner (toe), Braidon Burns (foot/hamstring) and Alex Johnston (knee) all sidelined, Lowe has been named to start in the centres with Jacob Gagan in the reserves. Corey Allan retains his fullback spot after featuring there last week, with Bayley Sironen the other reserve retained in the updated 19-man squad.

Wests Tigers had a impressive 22-6 upset win over South Sydney in their first meeting last year, but suffered a heavy 51-10 defeat to the Rabbitohs in the final game of 2018 and will be keen to ensure they put that behind them this weekend.

Rabbitohs: No changes to the team that claimed victory last weekend with Ethan Lowe named as the starting centre after being elevated from the bench last week.

Wests Tigers: Paul Momirovski comes in at centre in place of Mahe Fonua.

Odds correct on Thursday, May 23 — 18+ only and gamble responsibly 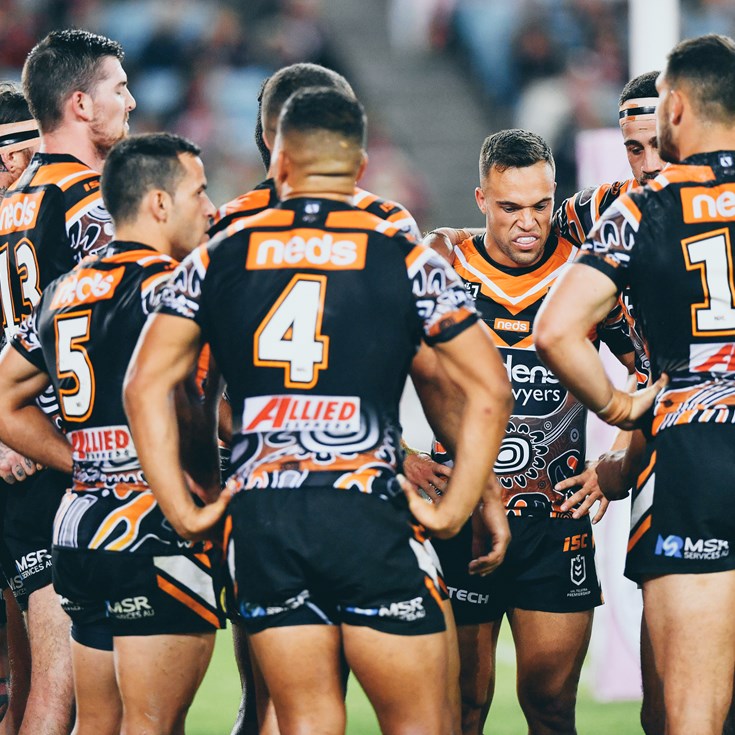