Kickoff for the match is at 7:35pm AEST from ANZ Stadium, Sydney as Wests Tigers look to bounce back from last week's defeat to the Melbourne Storm.

Maguire has confirmed an unchanged lineup ahead of tomorrow night's game with David Nofoaluma and Elijah Taylor remaining in the squad as reserves.

Oliver Clark and Luke Garner have both been omitted from the squad, and will play for the club's Canterbury Cup side against South Sydney on Sunday afternoon.

For the Rabbitohs, Coach Wayne Bennett has confirmed an unchanged lineup as well with Billy Brittain the one player omitted 24 hours before kickoff.

Jacob Gagan and Bayley Sironen remain in the squad as reserves.

Final team lists will be confirmed one hour prior to kickoff (6:35pm, Saturday). 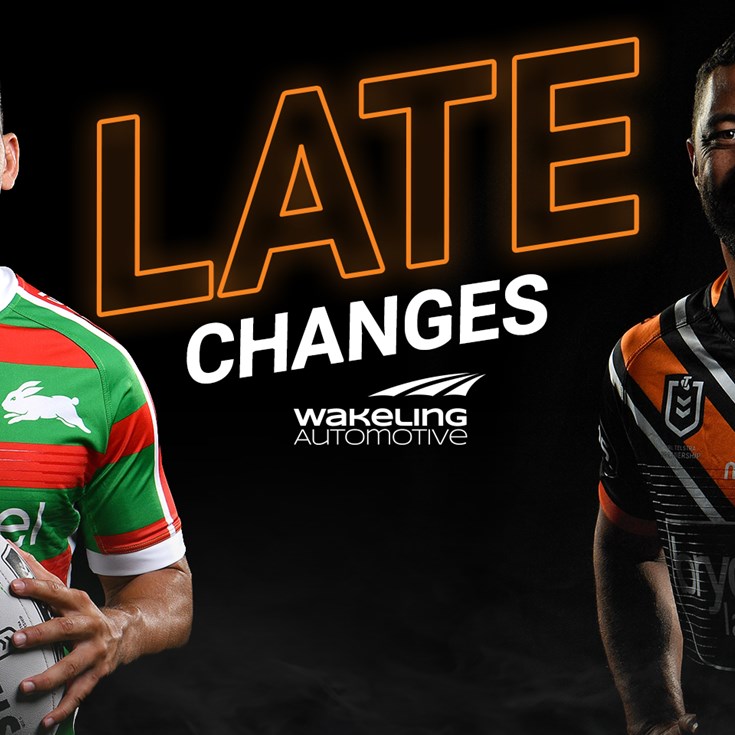