Wests Tigers Head Coach Michael Maguire has confirmed a late change for his side ahead of their Round 11 clash against the South Sydney Rabbitohs tonight at ANZ Stadium.

After picking up a minor groin strain at the club's captains run training session on Friday, fullback Moses Mbye will not feature in tonight's game but is not expected to miss any more football other than the Round 11 clash.

Corey Thompson shifts to fullback with Mbye out, while David Nofoaluma comes in to the side for his first NRL game of the 2019 Telstra Premiership season.

Nofoaluma has a good record against South Sydney with five tries in his last seven games against the Rabbitohs, including tries in both matches during 2018.

With Nofoaluma slotting in on the right wing, Robert Jennings will start against his former club on the left in what will be his 50th NRL game.

Benji Marshall will captain the side in Mbye's absence, with the five-eighth becoming the second most capped Wests Tigers player of all time with his 228th appearance for the club — trailing only Robbie Farah (267) in most games played.

The game will be the 25th time that Marshall has captained Wests Tigers.

South Sydney have confirmed just one late change as per recent weeks with Junior Tatola starting in place of George Burgess, who drops back to the bench.

Kickoff for the match is at 7:35pm AEST with live coverage via FOX League. 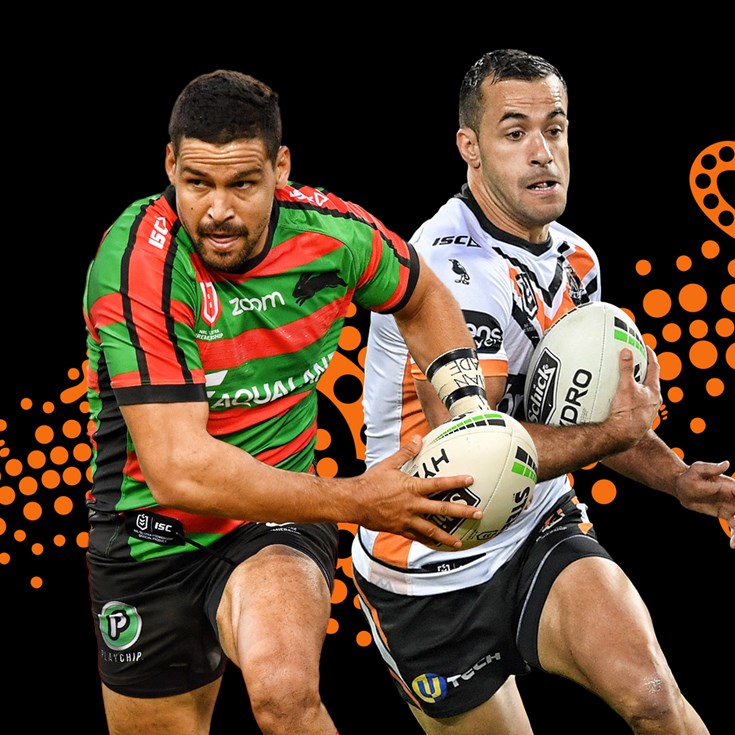