It's shaping as an intriguing clash between Wests Tigers and the North Queensland Cowboys tonight — two teams shown to be capable of mixing it with the best but just lacking consistency.

Michael Maguire's side head in tonight's game with a tough run of three straight defeats, while the Cowboys were defeated by the Sea Eagles in their most recent home game to slip down to 12th position on the competition ladder.

Here's all the key numbers to know ahead of tonight's must-win game...

Wests Tigers have won 19 games against the Cowboys since the club's foundation in 2000 — their most against any team. The visitors have won three of the past four games against North Queensland too, with a 20-12 win back in Round 10 last year.

In the tropical north, however, Wests Tigers have struggled against the Cowboys with the hosts winning 11 of 16 contests. In the five times Wests Tigers have won in Townsville, the visitors have always led heading in to the second half. The most recent clash between the two sides — Round 6, 2017 — saw Wests Tigers emerge victorious with a 26-16 victory in what was Chris Lawrence's 200th NRL game.

Speaking of Lawrence, the veteran forward has a tremendous win-rate against the Cowboys with 75% of his career matches against them resulting in wins. He has played in four of the five matches that Wests Tigers have won in Townsville, while his side are undefeated against North Queensland in games where he has scored, with three career tries to his name at 1300 SMILES Stadium.

While the Cowboys certainly prefer playing at home on a Saturday night compared to earlier in the week, these two teams are evenly split on games played on a week night. Friday's game will also be the first game the two have played in Townsville since 2006, where a Rod Jensen double gave the hosts a 32-12 win. 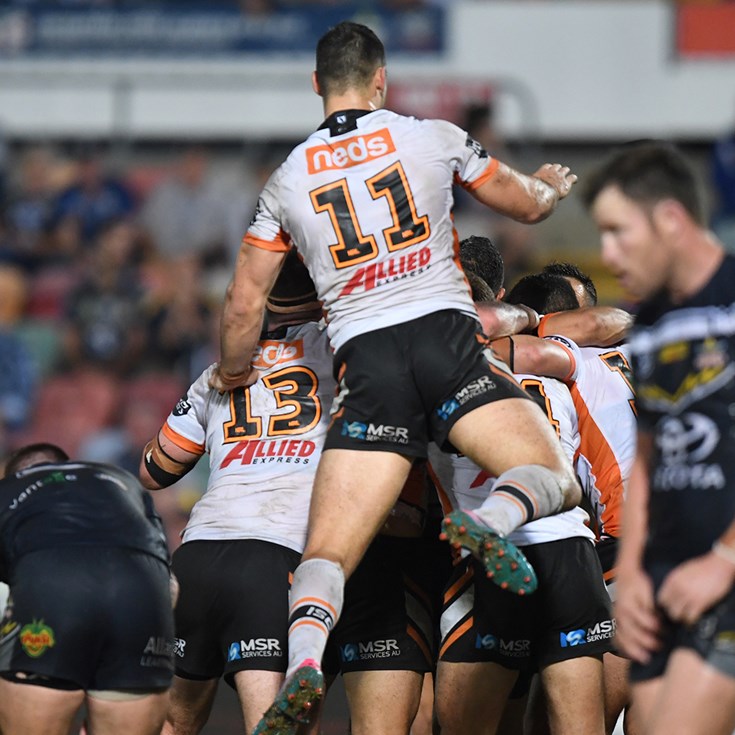