Wests Tigers fullback Corey Thompson has been voted by his teammates as the NRL Players' Player of the Year at the club's end-of-season Presentation Night this evening.

Having played in 22 of a possible 24 matches throughout the season, Thompson took out the award narrowly ahead of Ryan Matterson and Luke Brooks, who also polled well in voting undertaken the players themselves.

A standout for Michael Maguire's side whether playing at fullback or on the wing, Thompson finished the season as the club's equal leading try-scorer alongside Esan Marsters while also producing team highs in linebreaks and tackle breaks.

Thompson was amongst the top five fullbacks in the NRL for kick return metres, and finished fifth amongst all players in the competition with 100 tackle breaks.

Averaging in excess of 130 metres per game, the Easts Mount Gravatt junior posted career highs in metres gained and kick return metres despite missing two games during the year.

In both games that Thompson missed throughout the year, Wests Tigers were unable to win — a testament to the 29-year-old's importance to the side.

Thompson was rewarded with his good form with a contract extension during the season, signed through at Wests Tigers until the end of the 2021 season.

Wests Tigers would like to congratulate Corey on his award! 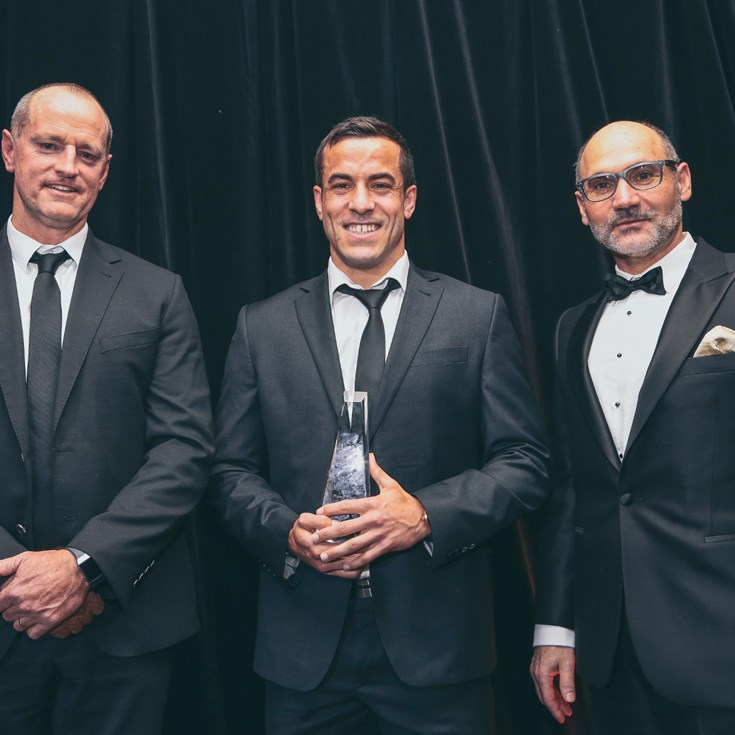