Robbie Farah (retired), Mahe Fonua (Hull FC) and Robbie Rochow (retired) were each farewelled as part of the end-of-season celebrations with each player recognised for their respective contribution throughout their time with Wests Tigers.

A Leichhardt junior, Farah played his first game for Wests Tigers as a teenager — making his first-grade debut at Leichhardt Oval against the Manly-Warringah Sea Eagles. Following Darren Senter’s retirement in 2004, Farah became the club’s primary number nine in 2005, where he played 27 matches and helped the club to its maiden Premiership victory over the North Queensland Cowboys.

The crafty hooker would go on to play 274 first-grade games in total for Wests Tigers, including 149 as captain, while also playing 26 games for the South Sydney Rabbitohs as part of his 300-game NRL career.

In addition to his vast achievements at club level, Farah has also reached numerous representative honours including eight Tests for Australia, seven Tests for Lebanon and 16 games for the New South Wales State of Origin side.

He will retire as a Life Member of Wests Tigers, the highest try-scoring hooker of all-time and one of just 39 players in Premiership history to have played 300 games.

Fonua will link back up with Hull FC in 2020 after joining Wests Tigers from the Super League club at the start of the 2018 season.

The 26-year-old played 21 games for the club across two years — scoring six tries — having taken his NRL games tally to 71 games overall.

Rochow was also farewelled after confirming he will retire from the NRL.

The East Maitland Griffins junior began his career with the Melbourne Storm in 2010 before moving up to Newcastle in 2012. At the Knights, Rochow's career reached new heights as he established himself as a regular starter and made his representative debut for Country Origin in 2014.

Injuries would hamper his progression further in the coming years, with stints at South Sydney (2017) and Melbourne (2017) before joining Wests Tigers ahead of the 2018 season.

Starting the year in first-grade, Rochow would go on to play 12 games for the club in 2018 to end his career tally at 95 career games.

Wests Tigers would like to thank all three players for their service to the club.

We wish both Robbie and Robbie all the best in their retirement, and wish Mahe and his family all the best back in Super League. 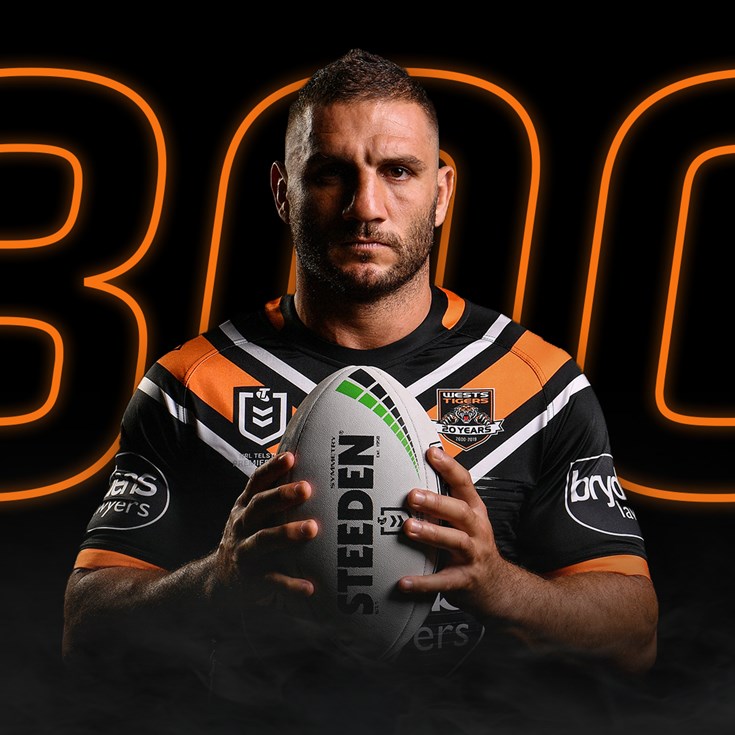 Wests Tigers on Radio this week

Trio named in ISP Round 5 Team of the Week