Wests Tigers have today accepted the early guilty plea for Josh Reynolds, with the playmaker to miss the next two matches following his charge by the Match Review Committee from Round 9.

Reynolds was cited for a Grade 2 Dangerous Contact - Head/Neck offence following a kick on Rabbitohs outside back Campbell Graham.

Reynolds will miss his side's next two matches against Brisbane and Parramatta.

From the ensuing incident, Rabbitohs fullback Latrell Mitchell was then cited for a Grade 2 Striking offence for his retaliation on Reynolds and will also miss two weeks.

Mitchell was fined as well following a high tackle on Luke Garner late in the match, while Mark Nicholls will also miss two weeks for a tackle on Josh Aloiai.

Bulldogs winger Reimis Smith will miss his side's Round 10 clash against St. George-Illawarra after he was cited for a Dangerous Contact charge in Canterbury-Bankstown's 26-8 loss to the Broncos, while Dragons winger Jordan Pereira also faces a similar time on the sidelines following a shoulder charge. 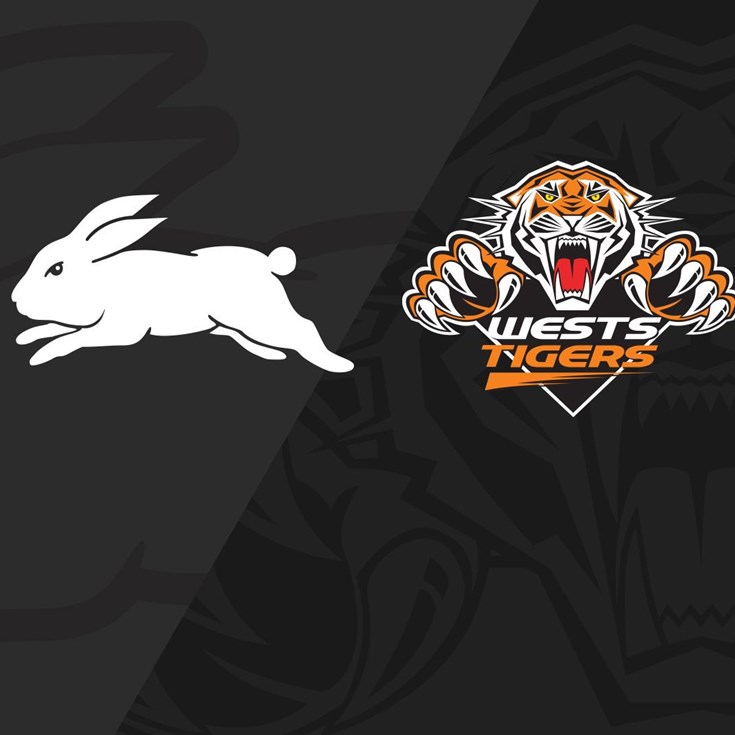