Wests Tigers fullback Adam Doeuihi was a standout in his side's Round 18 loss to the South Sydney Rabbitohs at Bankwest Stadium.

On a tough night for the side with a narrowing 26-24 defeat to the fifth-placed Rabbitohs, Doueihi remained resilient despite a late change from centre to fullback.

The 22-year-old contributed eight points with 100% success rate on conversions to help his side narrow the gap in their frantic second half comeback.

He contributed greatly in attack with 153 metres and two tackle breaks, while adding plenty as a second receiver with Luke Brooks off in the sin-bin. 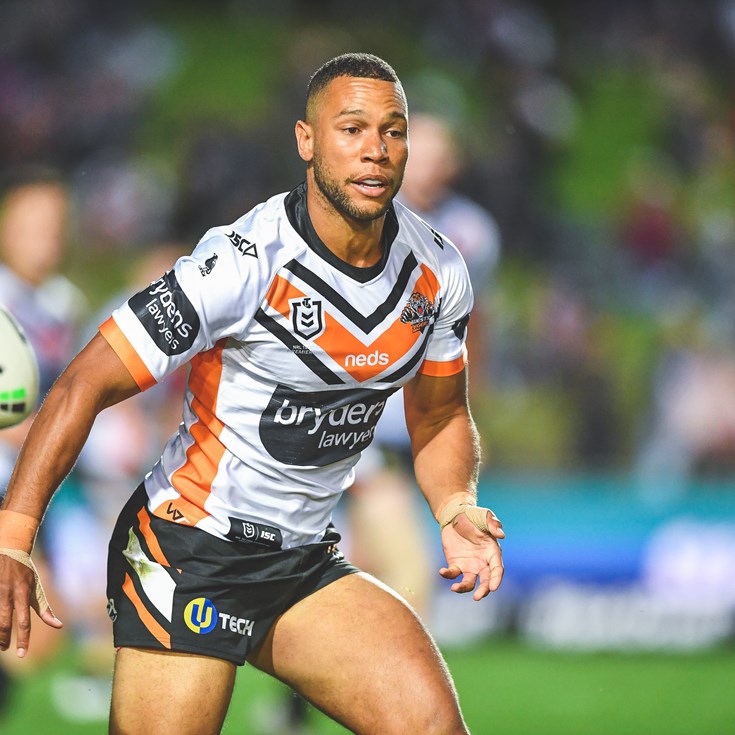