Wests Tigers youngsters Shawn Blore and Tommy Talau have reflected on being selected for the Emerging Blues squad.

The duo, along with Stefano Utoikamanu, were called up to attend the camp at the NSWRL's centre of excellence last Saturday.

Although being named in the squad is only the first step towards the State of Origin arena, it was a great opportunity for the players to learn off NSW Blues coach Brad Fittler and some of the best minds in the game.

The three Wests Tigers players were all blown away when they received the call up, with Talau saying it came as a complete shock.

“I was actually quite surprised when I heard the news,” the 20-year-old said.

“I was blessed to be named in that squad – it was unreal. I was kind of nervous because there were a couple of big names there. I was pretty speechless at the time. It was awesome.

“It was one of my goals to make that squad and I’m humbled and honoured to be a part of that.”

Attending the Emerging Blues camp has given Talau extra motivation for the upcoming NRL season and he and he’s ready to put in the extra yards.

“I’ve always dreamed about playing Origin one day. I know it’s a long way ahead of me and I have a lot of work to do,” he said.

“It’s given me more desire to be better this year. My focus at the moment is being the best I can for the Wests Tigers and doing what I can for this team.

#ShowYourStripes by showing your scarf

Blore, who has previously represented the Blues at the U/16s and U/18s levels, said it was great to reconnect with Fittler.

“Freddy [Fittler] coached me when I was 15, when I first played junior Origin. He’s still the same today and it was great to hear all his ideas – it was pretty cool,” Blore said.

“It was a massive honour to be there with so many talented players and get the opportunity to learn off some of the best.”

Blore said meeting the NSW coaching staff and team was a great opportunity to learn what it means to play for the Blues.

“In that meeting, Freddy was teaching us the history of Origin and how Queensland think they’ve got it all over the Blues,” the 20-year-old said.

“The Blues’ jersey has so much history and I’d love the opportunity to whack some Queenslanders one day – that would be a massive honour.

“It would mean so much to me if I was ever called upon to represent the Blues. It’s hard to think too far into the future but that would be a massive goal for me – that’s every kid’s dream.” 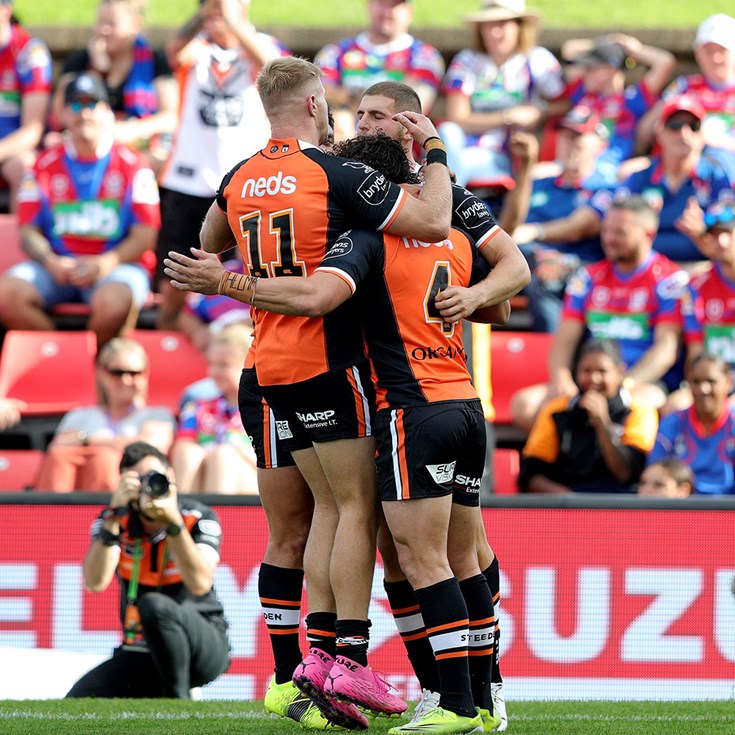