Wests Tigers coach Michael Maguire has warned it may take a month into the Telstra Premiership for him to find the side's best combinations ahead of the squad's only main trial with the Sea Eagles next week.

Maguire got a glimpse of new recruits Daine Laurie and Stefano Utoikamanu in a low-key trial game in Camden on Saturday night but will now switch his focus to finalising a team for round one against the Raiders.

The NRL limited the amount of trial games for players in 2021 due to a shortened pre-season amid following COVID-19.

In the case for the joint venture, who are looking to replace Benji Marshall and Harry Grant, Maguire is wary of the effect that will have on combinations.

"You can probably work out who is pushing for spots but it's an open team for me at the moment," Maguire said.

"We have had a number of changes with personnel coming to the club and finding the cohesion in teams is something we're going to be working for.

"It could take a month to find exactly how we're going to go but it creates opportunity for the players.

"I'll probably play about 24 players [next week] and some of those guys will play a fair bit of time, some won't.

"We've done a lot of training so I'm pleased with where we're at but we want to play games, that's what it's all about."

Among those vying for a spot in round one are dummy-halves Jacob Liddle and Jake Simpkin.

The pair shared hooker duties against the Roosters with Maguire indicating they'll both be better for the run after long lay-offs last season.

"They showed some good signs throughout the game," Maguire said.

"I'm looking forward to how they go this week now. I was pleased with Jake, it's his first game back in a long time.

"He gets out and probes well, he's got good composure. Jacob showed some good signs getting out and running too.

"We'll have all our senior players around them next week and that will be a big difference … being able to roll the big men on to the ball and defence is a big part as well."

Maguire said Laurie showed signs of being a natural competitor after starting at five-eighth before shifting to fullback.

"He came out with the ball. He's got good composure and he's quick. I'm looking forward to seeing him grow." 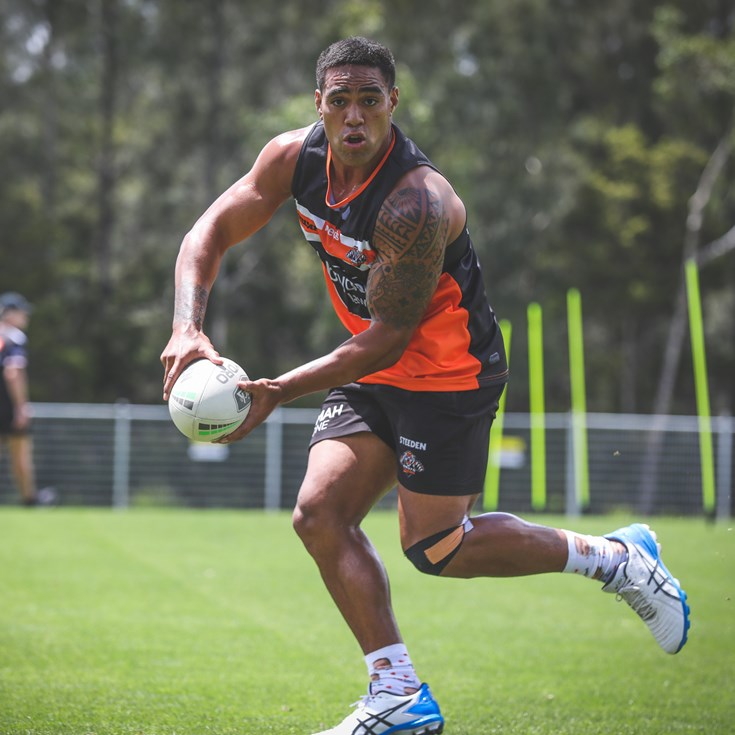