Wests Tigers have suffered a 40-6 defeat to the Sydney Roosters in the club’s first home game of the season on a soaking wet day at Campbelltown Sports Stadium.

In weather conditions far from conducive to attacking football, the Roosters showed their class throughout the contest — running in seven tries to one to continue their unbeaten start and leave Wests Tigers winless after the opening two rounds.

Having created some positive signs early in the first half, it was another tough day for Michael Maguire's men with execution again proving their undoing.

It wasn’t the most fitting way to celebrate Luke Brooks’ 150th NRL game with the playmaker becoming the first Wests Tigers halfback to reach the milestone.

Sydney Roosters fullback James Tedesco returned to his junior area and was able to score two tries against his former club — bagging the opening try of the game after seven minutes before crossing again in the second half.

The Tricolours found success down their right edge on a number of occasions, with Brett Morris bagging another hat-trick to continue his good start to the year.

Hooker Jacob Liddle made it two tries in as many weeks when he snuck his way over midway through the first half but it did little to stop the visitors, who built on their 18-6 half-time advantage to run out comfortable winners in the end.

Daine Laurie was again a shining light in a tough day for Wests Tigers, running for close to 200 metres with nine tackle breaks to his name, but it didn't change the result as Wests Tigers slumped to their first 0-2 start since 2009.

Maguire's men will be determined to bounce back next week when they travel to Newcastle to take on the Knights at McDonald Jones Stadium. 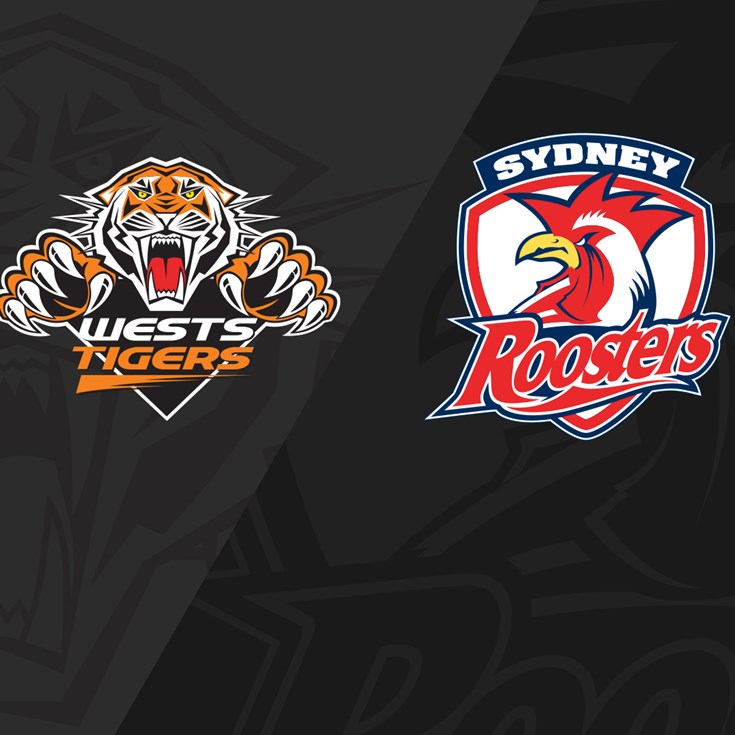 Maguire: ‘We can’t accept that scoreline and that result’

Liddle at his scheming best