Wests Tigers outside back Zac Cini will become the 243rd player to play first-grade for the club after he was named to make his NRL debut in Sunday's Round 8 clash against the Dragons.

Initially named outside of the club's 21-man squad, Cini has been called into the side in place of James Roberts and will start on the wing for this week's game.

A Minchinbury Jets junior, Cini joined Wests Tigers in 2019 from the Penrith Panthers and quickly started to turn heads at the club — promoted to the Development squad in his first season prior to the June 30 deadline.

With Australian Schoolboy experience already in his young career, Cini featured as a Development Player again in 2020 — playing just one game due to the COVID-19 pandemic — before transitioning to the full-time squad this year.

Having featured primarily as a centre or winger throughout his career, the 20-year-old transitioned to fullback in 2021 and has so far revelled in the switch.

Cini's good form at the back has played a key role in the club's Knock-On Effect NSW Cup side, Western Suburbs Magpies, who sit second on the ladder heading into Round 8. He has played every game, while also accounting for 198 running metres and over five tackle breaks per game so far this season.

Cini's first-grade debut certainly comes as a reward for his good form throughout the year so far — officially set to become Wests Tigers Player #243 on Sunday.

Wests Tigers will provide an updated 19-man team list at 4:05pm on Saturday. 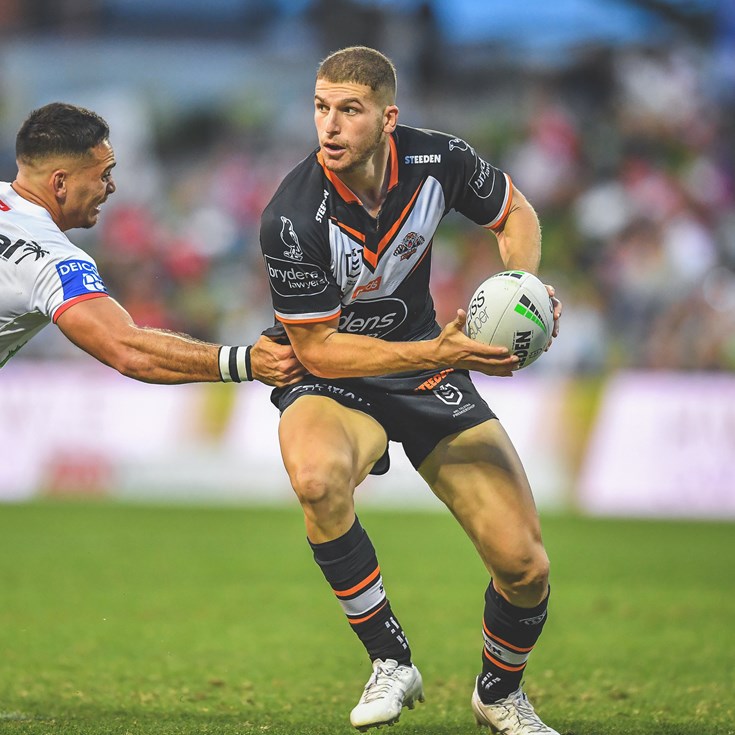 Man of the Match: Round 8