Wests Tigers Coach Michael Maguire has updated his 19-man squad to take on the Penrith Panthers for their Round 24 clash.

Maguire has confirmed an unchanged side for Sunday's game with James Roberts' and Zac Cini retained as part of the extended squad — Billy Walters and Tuki Simpkins dropping out from the 21-man group originally named on Tuesday.

Jacob Liddle (suspension), Thomas Mikaele (suspension) and Alex Seyfarth (injury) all return in a boost for the side, while young half Jock Madden will partner Luke Brooks in the halves following Adam Doueihi's season-ending injury.

Brooks will once again captain the team with James Tamou sidelined.

Penrith Coach Ivan Cleary has also confirmed an unchanged side as his team welcomes back Kiwi international James Fisher-Harris.

Charlie Staines and Taylan May have been omitted from the squad, with winger Brian To'o also confirmed to make his return following syndesmosis surgery.

Final team lists for both sides will be confirmed at 3:05pm, Sunday. 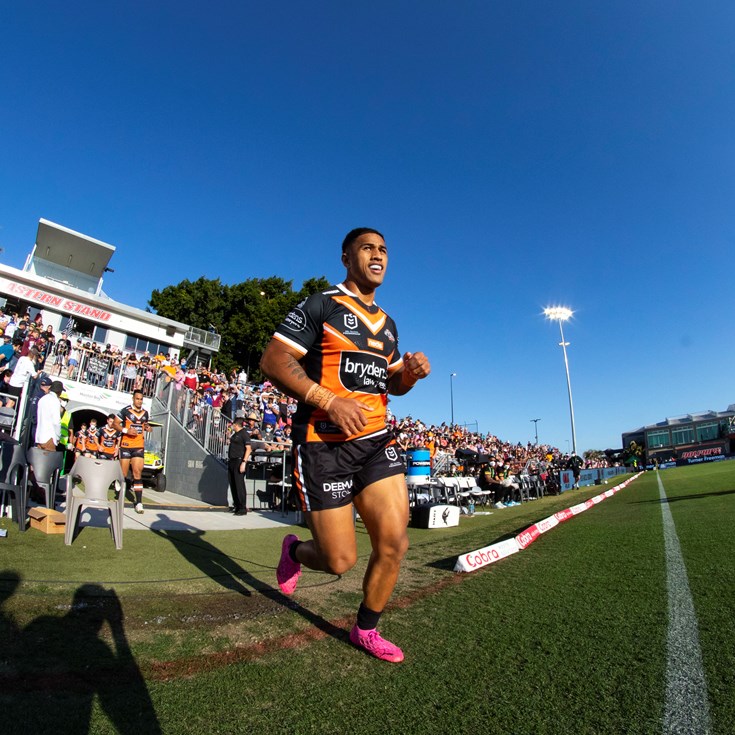 The best photos from Round 24