With over 10 brand new faces “on the bus” for the year ahead and a great mixture of youthful talent and experience in the midst, the team that takes to the field in Round 1 against the Sydney Roosters will be vastly different from the one that ended the 2017 season against the New Zealand Warriors.

Next up, we look at the players in the running to feature in the No.7 jersey…

The likely front-runner to assume his halfback position in 2018, Luke Brooks will be looking to produce further consistency and ability as he closes in on 100 NRL games. The return of Benji Marshall will certainly be a boost for the local junior, while Josh Reynolds’ arrival should help take some of the burden off Brooks’ shoulders while also allowing him to be the dominant playmaker with his good kicking game. Wests Tigers fans will point out that Brooks is at his best when running the ball, and that was certainly something that increased under Coach Ivan Cleary in 2017 — a good sign for the Holy Cross Rhinos junior moving forward to his sixth season in the top grade.

We shouldn’t need to go in to too much detail as to why Life Member Benji Marshall is a contender for this position — simply pointing out that the Kiwi international’s return to the club is far more than just a sentimental move. Marshall has been clear about his intent to contribute on the field, and given his experience and strong recent form with the Brisbane Broncos, there’s no doubting the 32-year-old’s ability to do just that. Having already played with Luke Brooks in the then rookie’s memorable debut game, it’ll be fascinating to see how Coach Ivan Cleary uses Marshall at Wests Tigers in 2018, and whether he will be used in the halves or at hooker more in the year ahead.

The only player in Wests Tigers 2018 squad yet to make their debut this year, Tyson Gamble joins the club after a superb first season in the Intrust Super Cup with the Redcliffe Dolphins — taking the underrated side all the way to the Grand Final qualifier. A tall playmaker who enjoys taking on the line, Gamble has thrived in his first full pre-season with the club and will certainly be looking to force his way in to the squad throughout the 2018 season — particularly given his pre-existing combination with someone like Marshall, whom he played in the halves with at Redcliffe earlier this year.

Pita Godinet was the most recent player “on the bus” at Wests Tigers ahead of the 2018 season, with the 30-year-old’s signing confirmed at the end of the 2017 Rugby League World Cup. Despite only playing 61 career games in the top level of Australian and English rugby league, Godinet is a vastly experienced player, with 13 appearances for Samoa over eight years. Moreover, Godinet is a clever playmaker capable of playing any position in the spine, and will certainly provide great cover at fullback, hooker and either position in the halves for Wests Tigers over the course of the 2018 season. 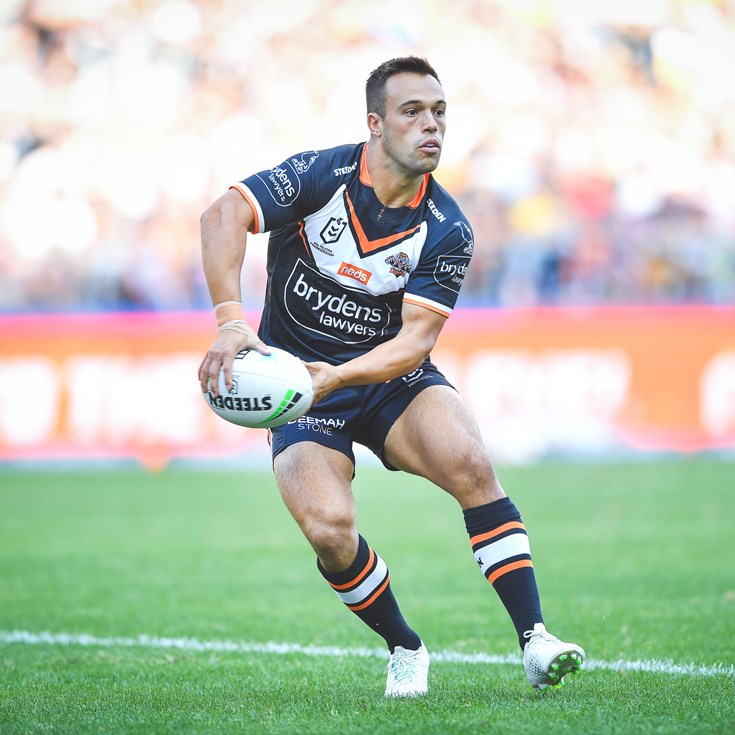