Wests Tigers will open season 2018 with a blockbuster clash against the Sydney Roosters this Saturday in what should be a very strong ANZ Stadium crowd.

Round 1 always carries with it more questions than answers for clubs and fans alike, but that point is true perhaps this year more than any. Almost every team in the league has new combinations in the halves and the forwards, and expectations that their new faces will deliver — something which certainly rings true for the two teams in mention here.

For Wests Tigers, six new faces will take to the field at ANZ Stadium (the second most in a game in club history) and all eyes will be on the likes of Josh Reynolds, Ben Matulino and Russell Packer to deliver on the expectations that have followed them from their previous clubs. All three players mentioned have a myriad of representative and club experience behind them, and will look to hit the ground running this Saturday in their new colours as Ivan Cleary once again begins his now famous rebuilding project.

Yet while the obvious discussion will be around the new players in the side — including Life Member Benji Marshall — the talk from Wests Tigers all pre-season has been around the team being bigger than the individuals within it. To borrow a phrase: the name on the front is more important than the one on the back, and that’s certainly true for Wests Tigers this week given the surprising selections in regards to positions.

Corey Thompson, Pita Godinet and Robbie Rochow have all earned their spot and club debuts after beating out more fancied opponents in the pre-season; now the focus becomes as to how they perform in those positions with a new structure around them.

The boys from Bondi might not have signed anywhere near the depth of talent that their opponents have this year, but they’ve certainly hit their mark in regards to top-end talent with the arrivals of superstar Cooper Cronk and former Wests Tigers fullback James Tedesco. The combination of those two players had the Roosters humming in the second half of their second trial match against Manly a fortnight ago, and Trent Robinson will be hoping the duo come out firing from the word go this weekend.

Last time these two sides met it was a thrilling back-and-forth affair that the Roosters narrowly escaped with in the dying moments, but it’s hard to look back on that match too much given the changes that have happened across both changing rooms. What is perhaps more pertinent is the question as to which team will settle in to their structure and game plan the quickest — a simple concept that seems to easy from the outside but is always so hard to execute in the opening rounds of the season.

Cronk himself has made a career out of doing just that at the Storm while Wests Tigers have historically shown a tendency to also come out firing in the opening round of the year — undefeated in home season openers for more than a decade. One of those two things has to give this Saturday, though, and it’ll be extremely fascinating to see which one it is…

It’s certainly the old cliché in rugby league, but every battle is dictated by what the forwards do and that will once again be the case when Wests Tigers’ new-look pack take on the Roosters’ familiar faces. Only two players remain in Wests Tigers engine room from last year and it’s an entirely new front row as old teammates Russell Packer and Ben Matulino link up with Pita Godinet at hooker. They’ll be up against some tried and tested stars in the Roosters ranks and the battle between Packer and Kiwis teammate Jared Waerea-Hargreaves stands out as the pick of the bunch. The pair featured together at the recent Rugby League World Cup for New Zealand and, off the back of a disappointing result, will be looking to make amends in their next game this weekend. In his 151 career matches, Packer has come up against Waerea-Hargreaves on six occasions and has only prevailed twice — both of which came back in New Zealand. Few players started the year as strong as Packer did in 2017, which led to his return to the national side, and all eyes will be on whether he can produce a similar start in 2018 at his new club. Coming up against the Roosters pack is certainly a pretty good litmus test!

1. What impact will Benji Marshall have?

Named for his first game in Wests Tigers colours in 1646 days, the return of Benji Marshall will certainly add plenty of spark to Wests Tigers attack, but how much?

2. Is Luke Keary going to play?

Many expected him to slot straight back in from a broken jaw suffered in pre-season, but Trent Robinson has held the talented playmaker back and instead named him amongst the reserves with Cornish listed to partner Cronk. Will we see a late reshuffle from the Roosters, or will Keary fail in his race against the clock?

3. Which new recruit will leave their mark on the game?

There’s no shortage of new faces for either side this weekend, and given the key positions they play in, expect the new boys to have a serious impact in the final result. The question is: which club and which player will prove to be the difference? 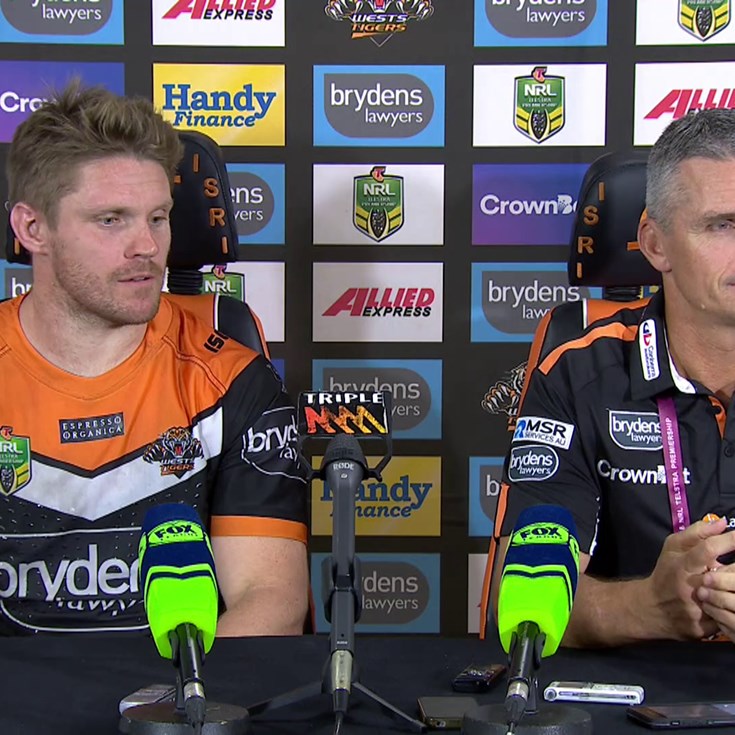