Wests Tigers will look to create club history this Saturday night when they take on the Melbourne Storm at Mount Smart Stadium as part of the NRL's doubleheader.

Having already recorded a stunning 10-8 victory over the defending premiers in Round 2, Ivan Cleary's side will look to become the first Wests Tigers side in history to achieve two wins over Melbourne in the same year — a feat that no other team in the competition has managed since the 2015 season.

Wests Tigers will head in to Saturday's game full of confidence after clicking in to gear last Monday over the Parramatta Eels with a 30-20 victory that was not as close as the final scoreline suggests. The home side were ruthless in their attack and built a commanding 30-6 lead with a quarter of the match still to play, and while the visitors did sneak back with three late tries, there was no denying the emphatic result.

They'll line up with the same 17 that defeated the struggling Eels this Saturday with a five-day turnaround, something that might give the Storm an edge following their Saturday night clash with the Sharks.

A stop-start affair to say the least, Craig Bellamy was unhappy with his side's execution and commitment throughout the defeat to Cronulla and will no doubt have the Storm primed for a much improved performance this week as they celebrate his 400th career match as Coach of the Victorian side.

With a record 18 penalties against Wests Tigers in Round 2 when these two sides met, and an incredible 19 infringements blown against the Storm last weekend, all eyes will be on referee Adam Gee on Saturday night, with fans of both sides and rugby league in general desperate to see a free-flowing affair.

Saturday's game could also provide a record crowd at Mount Smart Stadium with the in-form New Zealand Warriors taking on the North Queensland Cowboys after the Wests Tigers-Storm game at 5:00pm.

Back from injury last week against the Parramatta Eels, Tuimoala Lolohea showed his importance to the side from the word go with a number of pivotal touches in both attack and defence paving the way for a strong victory. Perhaps his greatest contribution, however, came with his goalkicking — the New Zealand and Tonga international slotting all five of his sideline conversions to start the match and helping build the momentum that carried Wests Tigers to victory. After missing out against the Storm in Round 2, he'll be determined to show his ability against the defending premiers and one of the best sides in recent history — led by champion fullback Billy Slater. The Australian international will certainly have fond memories of earlier this year when Ivan Cleary's side proved the spoilers in his 300th game celebrations, and having delivered a poor individual performance on that night by his lofty standards, he'll no doubt be looking to lead the Storm back in to the competition's top four with a victory in Craig Bellamy's 400th game. 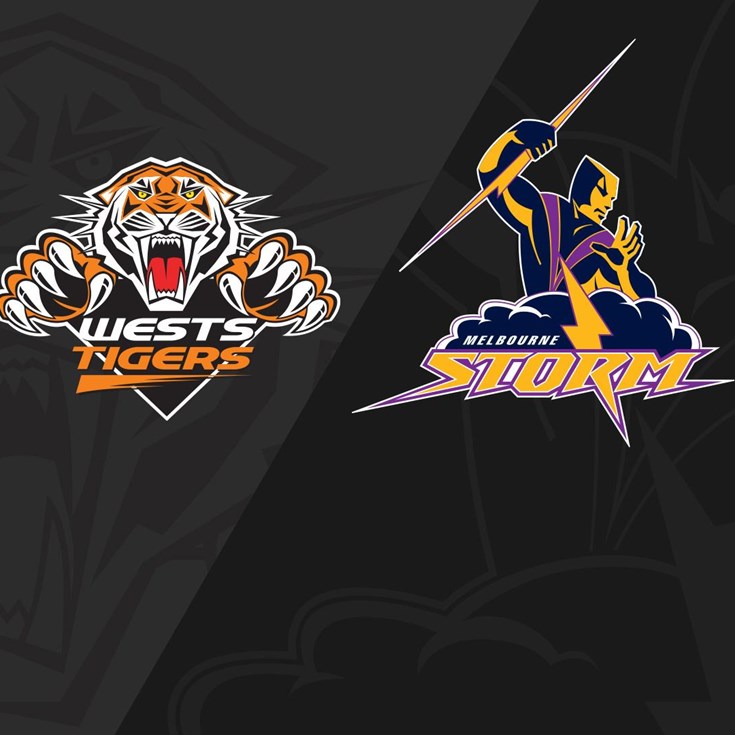