It was a tough afternoon for Wests Tigers Members and fans at Leichhardt Oval on Sunday as the side slumped to a fourth defeat in a row to the Gold Coast Titans.

The game started off with such promise — length-of-the-field tries from Kevin Naiqama and Josh Reynolds had the sellout Leichhardt Oval crowd on their feet — but poor discipline with the ball allowed the visitors to creep back in to the contest and eventually pull away for a commanding 18-point victory.

It's a result that leaves Wests Tigers still in 10th position but with plenty of work to do if they are to sneak in to the 2018 finals series, so let's take a look at the numbers and see what we can glean from them.

While the 30-12 scoreline doesn't reflect it, Wests Tigers showed on Sunday that their new-look spine was certainly capable of producing points and really should have scored more with the chances they had. Ivan Cleary's side broke 32 tackles and recorded five linebreaks, which incredibly, is more than their opponents (who had five linebreaks and 30 tackle breaks). Wests Tigers also made more metres per run (10.12m to 7.95m) but came up with a whopping 18 errors — letting the Titans off the hook time and time again.

Off the back of that season-high error count, Wests Tigers found themselves on the wrong end of a 60-40 possession count that allowed the visitors to dominate field position and make the home side do a mountain of defensive work. In total, 10 of Wests Tigers 17 players on the day recorded 20 or more tackles with notably high tackle counts from Matt Eisenhuth (45), Robbie Farah (49) and Elijah Taylor (50). By contrast, only five players on the Titans had more than 20 with Ryan James (33) topping their tackle count.

In a record flying under the radar somewhat, Kevin Naiqama's try-scoring feats at Leichhardt Oval continued with the centre crossing for the opening try of the game after 16 minutes. The try is Naiqama's 10th try at Leichhardt Oval in his last 11 games there — a feat he'll no doubt be looking to continue in Round 23 against the Dragons when he runs out in what could well be his final game at the venue.

While the high error rate and low completion percentage will no doubt be the biggest takeaways from the game for Cleary, what will also be of some concern is the lack of firepower the side has had in the second halves of games recently. Ever since producing strong second half comebacks against the Bulldogs in Round 12 and the Roosters in Round 13, Cleary's side have scored just six second half points in their past three games, a runaway try for Tui Lolohea off the back of a Chris Lawrence try assist against the Sharks. In their past two games, Wests Tigers have not scored a single half point — largely due to the vast amount of defensive work they've had to do — and they'll need to ensure they fix that over the bye weekend before they take on one of the best defensive teams in the competition in the Dragons at home in Round 18. 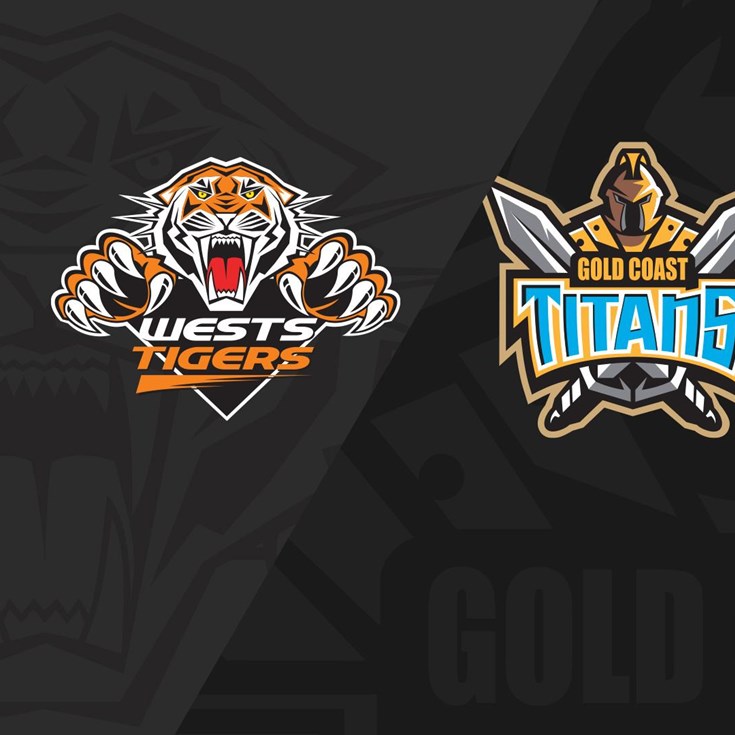