After their last start win over the Dragons, Wests Tigers will look to continue their run towards the 2018 finals this week as they take  the South Sydney Rabbitohs.

Currently sitting in 10th spot and four points outside the top eight, Ivan Cleary's side face off against a red-hot South Sydney side this Saturday, who themselves are rocking an incredible nine-game winning streak.

And while their opponents might sit at the other end of the competition ladder to Wests Tigers, the home side certainly won't be without motivation for the game with a club record milestone set to occur.

Life Member Robbie Farah — who was in the Rabbitohs colours just six weeks earlier — will become the first player in club history to reach 250 games for Wests Tigers, while South Sydney will also celebrate two special milestones of their own with John Sutton's 300th NRL game and Dane Gagai's 150th NRL game.

Having only missed one game this season, veteran back-rower Chris Lawrence is out for Wests Tigers after suffering hand as well as hamstring troubles against the Dragons. Michael Chee Kam starts in his place while Alex Twal joins the bench after playing for the club's Intrust Super Premiership team last week.

Luke Garner retains his place in the side after making his first-grade debut in last week's win.

Don't miss our clash against the Rabbitohs!

For the visitors, it's also a relatively unchanged side with Jason Clark's return from suspension the only change for Anthony Seibold as the cardinal and myrtle shoot for a remarkable tenth straight win.

Despite a late scare last week, Wests Tigers had one of their best performances of the season against the Dragons with four forced dropouts putting substantial pressure on their opponents' defensive line.

Cleary's men also conceded just two penalties all game, and as a result, were able to control the game for the most part — something that the new-look spine will no doubt have their sights set on doing once more as they try to overcome a Rabbitohs side that boasts the best attacking record in the competition.

With train travel included and free entry for all Wests Tigers ticketed Members plus Rabbitohs Members, Saturday's game is shaping as an absolute blockbuster at ANZ Stadium and definitely not one to miss! 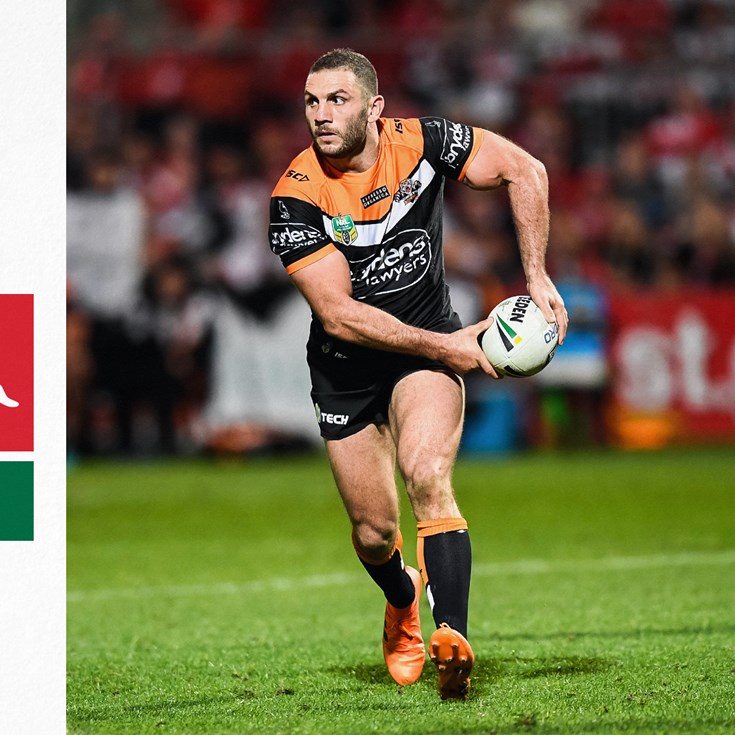 Marshall: We don’t want to make it about us