Following another surprising upset over the ladder-leading Dragons in Round 18, Cleary's side were able to make it two scalps in as many weeks as they led from start to finish against the Rabbitohs — keeping their season alive and just two wins outside the top eight with five games left in the regular season.

For Coach Cleary, the way his side executed under pressure and handled the various adversity thrown against them — particularly in the second half — was most pleasing in the 16-point win.

"It was just a really good 80-minute performance on both sides of the ball," Cleary said.

"I thought we executed the game plan really well.

"With a bunch of HIAs at regular occurrences throughout the second half, players were in different spots and we were still able to hold our defence together even if our attack did get out of whack a bit.

"Against a good attacking team who throw plenty at you, I thought we handled them pretty well."

"We were down a fair bit before last week's game and understandably so.

"But we've got another game next week and that's what we're worried about — being able to be consistent and put that sort of performance out each week. Tonight gives you the confidence you can do that."

"Tonight felt like it did at the start of the season," co-captain Elijah Taylor added.

"Blokes were turning up for each other, our scramble defence and our ruck control were much better, and we just kept fighting for each other. South Sydney are a good attacking side and they threw a lot at us, but credit to our defensive coach and the boys' attitude to win tackles and gave us the opportunity to win that."

While refusing to be drawn in to speculations about a possible run to the finals, Cleary was adamant his side could continue to play the style of footy that has seen them knock off two premiership favourites in the past fortnight — starting with next Friday's clash against the Canterbury-Bankstown Bulldogs.

"Absolutely we can," Cleary enthused. "There's a long way to go in the season.

"We didn't see tonight as anything more than that. We just saw it as a chance to play one of the best teams in the competition and we enjoy that challenge — I think everyone should enjoy that type of challenge.

"It was a home game for us and a big milestone game for both of us, so it was always going to have something special around it but we just treated it pretty similarly to any other game we've played."

See what Coach Ivan Cleary and co-captain Elijah Taylor had to say about the game in the video above! 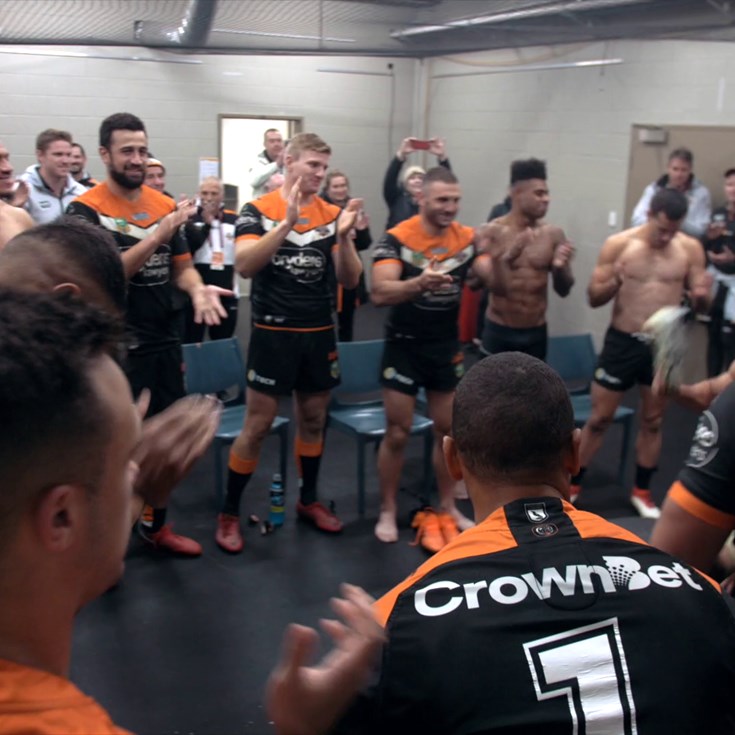