Wests Tigers centre Esan Marsters has been named to play his second Test for New Zealand against Australia on Saturday, October 13 at Mount Smart Stadium.

Marsters made his Kiwis debut earlier in 2018 when he faced off against England in Denver, and has been retained in the side by Coach Michael Maguire for New Zealand's first Test against the Kangaroos on home soil since the 2014 Four Nations final and the first time since 2012 that the countries have met in Auckland.

The last time New Zealand and Australia met at Mount Smart Stadium was in the 2006 Tri Nations.

Despite the presence of more senior players including Shaun Johnson, Jared Waerea-Hargreaves and Jesse Bromwich in the Kiwis team, fullback Dallin Watene-Zelezniak will lead the team out for the first time.

The New Zealand side announced on Tuesday also includes two debutants — Brandon Smith and premiership-winning young gun Joseph Manu, who will join Marsters as the other centre in the side.

New Zealand will face off against the Kangaroos at Mount Smart Stadium in a tripleheader on Saturday with the Junior Kiwis, Junior Kangaroos, Kiwi Ferns and Jillaroos all doing battle before the one-off Test.

Saturday's Test match will be broadcast live via FOX League (Ch.502) with coverage from 5:00pm AEDT. 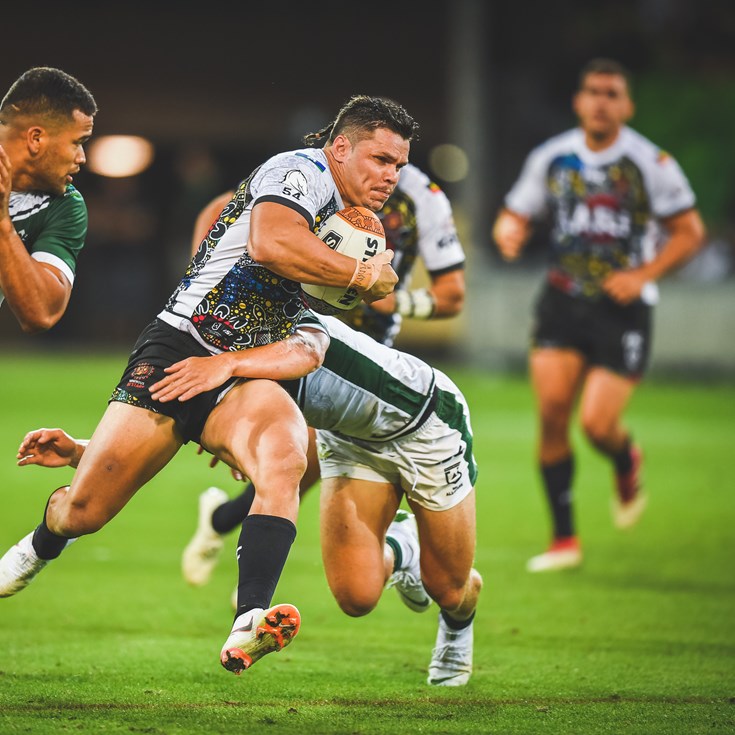