January 1 and the New Year is officially upon us — along with all the excitement of what might be for rugby league fans.

And while there's no crystal ball to gaze in to and project what might come in the year ahead, all eyes will be firmly fixed on the start of the new season and the players set to make an impact under Head Coach Michael Maguire.

With a new coach in charge and positions up for grabs, every player in Wests Tigers 2019 squad will no doubt be looking to the coming 12 months with optimism about making a worthwhile impact on the field — particularly the younger players looking to try and prove they belong in the top flight. Just how much of an impact they will have still remains to be seen, but here's four young guns under the age of 21 who are definitely worth keeping an eye on in the year ahead.

Currently 20 years old, McIntyre joined Wests Tigers last season from the Newcastle Knights and quickly established himself as one of the best up-and-coming forwards at the club. Starting the year in Jersey Flegg, it didn't take the versatile forward long to make his way to the Intrust Super Premiership team where he continued to thrive in both the back row and centres. The Port Macquarie Sharks junior was training full-time as part of the club's 2018 Development squad and clearly relished that opportunity with impressive performances on both the training field and playing ground — averaging 83.34 metres, 17 tackles and 2.25 tackle breaks per game from his 16 Intrust Super Premiership games.

Heading in to the 2019 season, McIntyre is eligible for first-grade selection now after graduating from the Development squad and will be out to stake his claim in a competitive back row for Wests Tigers in 2019. The 20-year-old is impressively fit for his age and size and is definitely one to keep an eye on moving forward, contracted at Wests Tigers until at least the end of the 2020 season.

Hailing from up north in Ipswich, Mikaele captained Keebra Park State High School to the 2016 GIO Schoolboys Cup final before moving down to Wests Tigers Holden Cup side. Progressing through the ranks, Mikaele moved up to the Development squad in 2018 alongside Sam McIntyre and Dylan Smith, where he trained full-time but was not eligible for first-grade selection for that season.

A powerful prop forward with tremendous speed and agility for a big man, Mikaele excelled in his first season in the NRL squad with a number of strong performances for the Intrust Super Premiership side. Battling minor injuries throughout the year, the 20-year-old ended the season with five consecutive reserved grade appearances where he had a try, try assist, two linebreaks, 10 offloads with out an error and an average of 80.5 metres and 20 tackles per game.

Mikaele already has a number of junior representative appearances with Queensland to his name, and was selected in the 2018 U/20's Emerging Origin squad for the Maroons. The departures of Tim Grant (Penrith) and Sauaso Sue (Canterbury) provides the chance for Mikaele to step up as a middle man this year, and it'll be fascinating to follow whether he can make his first-grade debut in 2019.

A new face at Wests Tigers in 2019, Jock Madden joins the club after an eye-catching time in the Newcastle Knights junior grades — earning a Development squad contract this year that will see him train with the full-time NRL squad but not be eligible for NRL selection until the 2020 season.

A playmaker, Madden was one of the side's best in the recent Australian Schoolboys tour of England and will look to establish himself as one of the best young halves in the game at Wests Tigers in 2019 — learning off the likes of Life Member Benji Marshall and 2018 Dally M Halfback of the Year Luke Brooks.

Having already captained the NSW U/18's Blues to an Origin win over Queensland in 2018, Madden finished the junior representative season as the top points scorer in SG Ball and will certainly be a great asset for Wests Tigers moving forward. The halfback/five-eighth is still only a teenager but has already shown a great temperament on field off the back of a controlled kicking game, making him one to pencil down as a player to watch in the coming few years.

After finishing his HSC halfway through pre-season training in 2018, Dylan Smith had somewhat of a quieter start to the 2018 season at Wests Tigers but continued to get better and better as the weeks went on — ending the season as one of the Intrust Super Premiership side's best attacking outlets.

The 19-year-old only featured in six games for the reserve grade side but had a hand in five tries and four linebreaks with an average of 120 metres and nearly six tackle breaks per game — all very impressive numbers for a young fullback playing against men.

Progressing out of the 2018 Development squad and in to the full-time squad, Smith is eligible for first-grade selection this year and will likely start the season as the primary backup to Moses Mbye at fullback with Corey Thompson looking to have found a home for himself on the wing. Both light on their feet but deceptively good at beating a man one-on-one, Smith will no doubt look to emulate Mbye and learn from him throughout the year and try to continue his noticeable improvement when the season rolls around again. 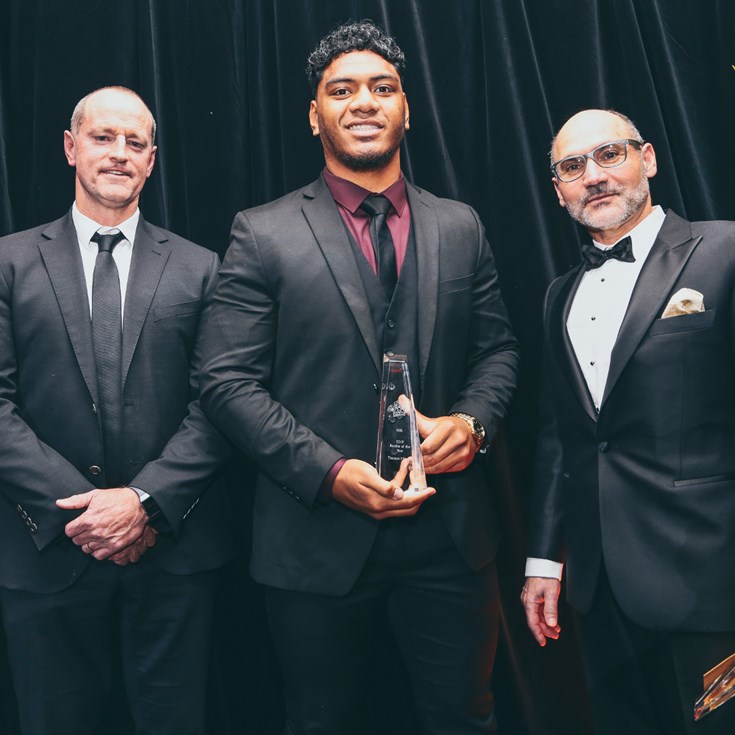 5 players to consider for your 2019 NRL Fantasy team