After a big weekend of action in Representative Round, Wests Tigers won't have to wait long for the football to return when they take on the South Sydney Rabbitohs this Thursday night.

In total, the NRL side had eight players feature in the Representative Round, with all pulling up well from their respective matches. Benji Marshall, Esan Marsters, Josh Aloiai, Michael Chee Kam, David Nofoaluma, Robbie Farah and Moses Mbye are all expected to be available in Round 15, while Ryan Matterson should also be fine after featuring as 18th Man for the Blues in last night's Origin game.

Of those players, only Mbye is of concern after the captain suffered a health scare during the Maroons camp that saw him require treatment from the doctor.

The 25-year-old was confirmed to have made a full recovery, however, and came off the bench for Queensland — meaning he should be right to go for Wests Tigers on Thursday — but the club will no doubt keep an eye on him throughout the week.

Wests Tigers' thrilling Golden Point win over the North Queensland Cowboys in Round 14 seems like an eternity ago, and for the players not selected for any representative matches, they'll be fully rested and ready to go this week.

There was some concern on the night for Chris Lawrence after copping a big knock during the Golden Point period, but the forward was simply winded and confirmed that he will be absolutely fine to take his place in the squad once more.

Josh Reynolds also made a strong return from injury in the club's Canterbury Cup win over Newcastle in Round 14 and will be eligible for selection again this week.

Wests Tigers will name a 21-man squad to face the South Sydney Rabbitohs at 4:00pm AEST on Tuesday before providing an updated 19-man squad 24 hours before kickoff. Final team lists will be confirmed at 6:50pm AEST on Thursday. 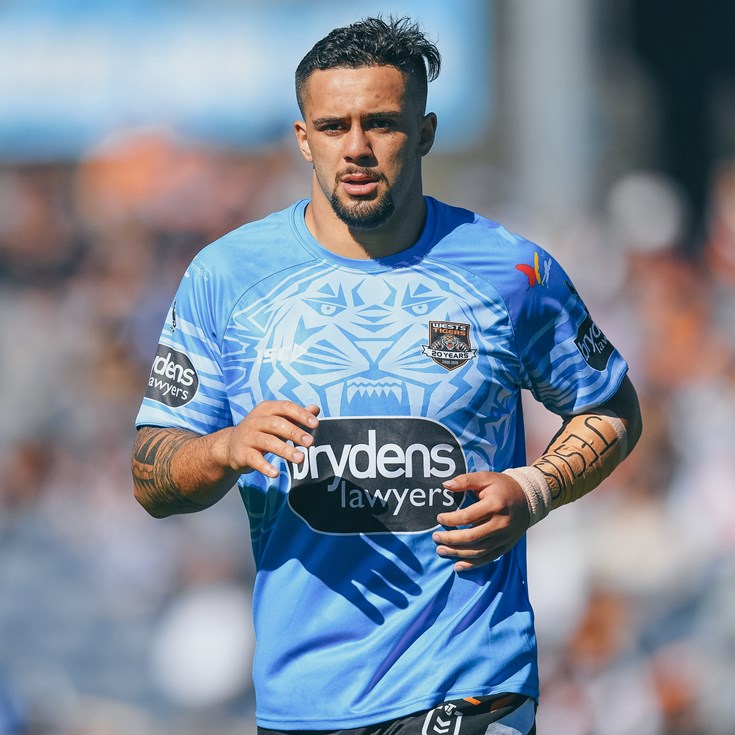