After an action-packed Representative Round, Wests Tigers will play host to the South Sydney Rabbitohs this Thursday night at Bankwest Stadium as the club plays for the Beyond Blue Cup.

Having bounced back in to the winners circle with a Golden Point victory against the Cowboys in Round 14, Michael Maguire's side will now look to start a run of form as they play host to three consecutive home games at Bankwest Stadium.

With plenty happening off the field for the club's Beyond Blue Round and all Origin stars back on the field, it's certainly shaping as a game you don't want to miss!

Catch all home games at Bankwest Stadium this year from just $79, with a range of added benefits available for Wests Tigers Members — click here for more!

Click here to get your tickets for Thursday's game against the Rabbitohs!

WHAT'S ON AT THE GAME

Wests Tigers will be supporting Beyond Blue with the team warming up in their Beyond Blue T-Shirts, while the entire stadium will be turned blue with a special light show. Each entrant through the gates will receive a blue bracelet to help light up the stadium and promote awareness for the leading mental health organisation.

Johanna Griggs will also present the Beyond Blue Cup to the winning team.

There's lots else happening at Bankwest Stadium on Thursday, including:

For more information on the food and beverage options available, please click here.

GETTING TO THE GAME 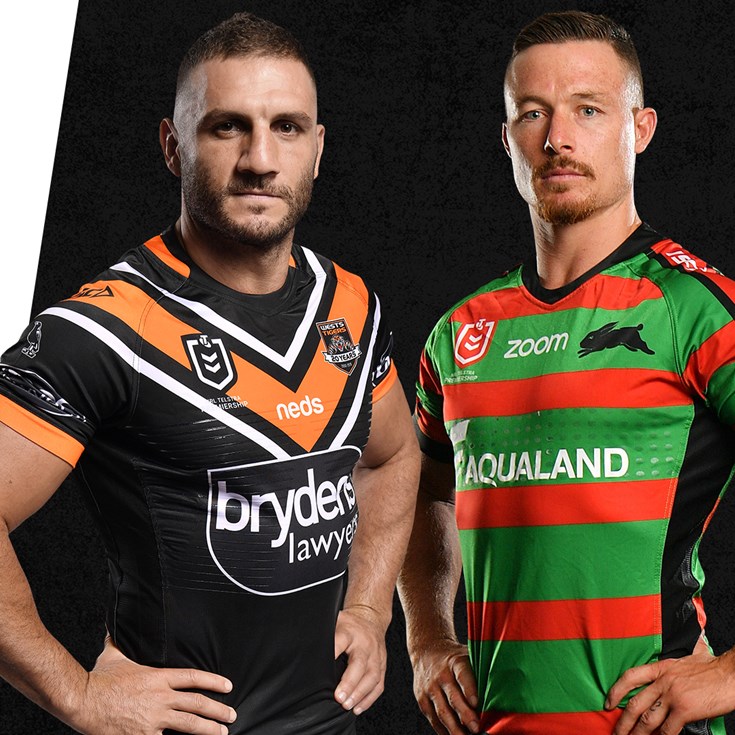