Wests Tigers Coach Michael Maguire has named an unchanged team for his side’s Round 18 clash against the South Sydney Rabbitohs at Bankwest Stadium.

After a thrilling come-from-behind win over the Sea Eagles in Round 17, Maguire has opted for the same 21-man squad for Thursday’s must-win clash against the Sea Eagles. Co-captain Moses Mbye and Adam Doueihi will retain their spots at fullback and centre respectively after a successful switch last weekend while Harry Grant and Jacob Liddle will again split the hooking duties.

Chris Lawrence, Tommy Talau, Josh Reynolds and Russell Packer have been named in the squad as reserves, with an updated 19-man team list to be confirmed at 7:50pm on Wednesday.

For the Rabbitohs, Dane Gagai returns from a hamstring strain on the wing in place of Jaxson Paulo. Junior Tatola has been ruled out with Liam Knight starting at prop and Jed Cartwright onto the bench for what will be his club debut.

Keaon Koloamatangi has been named on the bench despite picking up a head knock last week and will need to pass the relevant protocols to play.

Wests Tigers’ annual clash against the Rabbitohs will once again be for the Beyond Blue Cup, with the round helping to raise awareness for mental health in Australia. 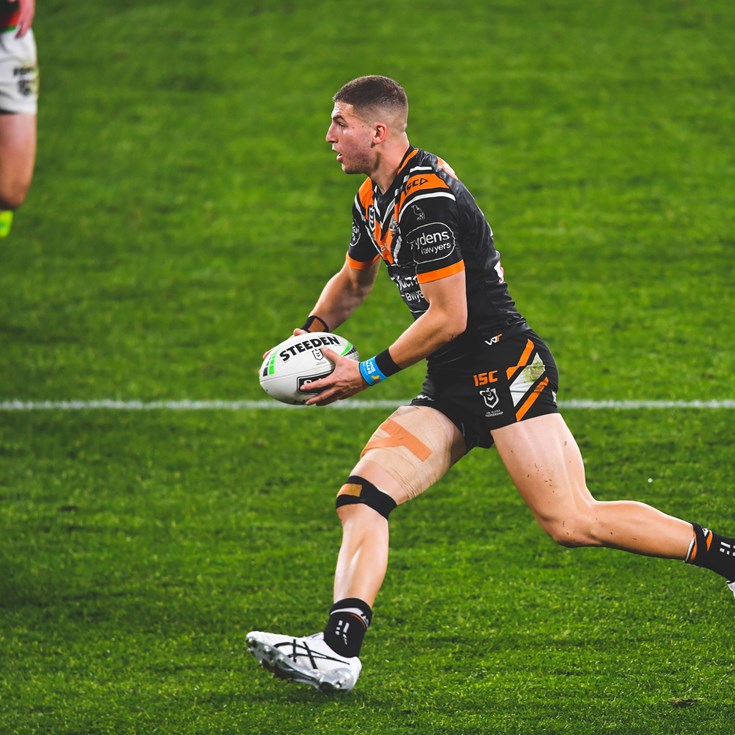