Wests Tigers and Parramatta will head in to their traditional Easter Monday clash next week with a number of potential selection changes across the board.

Winless in their opening three matches, Eels Coach Brad Arthur has reportedly been dealt another blow with the loss of superstar Jarryd Hayne for Monday's clash against Wests Tigers.

According to NRL.com, Hayne's hip injury is expected to sideline the outside back for two to four weeks, while fullback Bevan French also remains in doubt with a shoulder injury sustained in Round 3.

Clint Gutherson's knee rehabilitation is expected to keep the playmaker sidelined for another few weeks still, which could lead to Will Smith running out at fullback for the blue and gold on Monday, while Josh Hoffman and Kane Evans also picked up minor injuries in the Eels' loss to Cronulla.

The nine-day turnaround between matches will only help players in their bid to take the field on Monday, which is certainly the case for five-eighth Benji Marshall after injuring his ankle against Brisbane.

Marshall left the game for scans on Friday night and was spotted in a moon boot on Saturday while covering the club's Intrust Super Premiership game, but reports suggest that the Life Member's injury is not as bad as first feared and could be right to feature against the Parramatta Eels on Monday.

Tuimoala Lolohea (knee) and Jacob Liddle (shoulder) are also closing in on their returns from injury and could take the field in Round 4, with Josh Reynolds (hamstring) and Elijah Taylor (hamstring) also potential inclusions over the next few weeks for Wests Tigers.

Given the longer turnaround for both teams until the blockbuster Easter Monday game, it'll be very interesting to see which players are included in the 21-man squads tomorrow afternoon at 4:00pm! 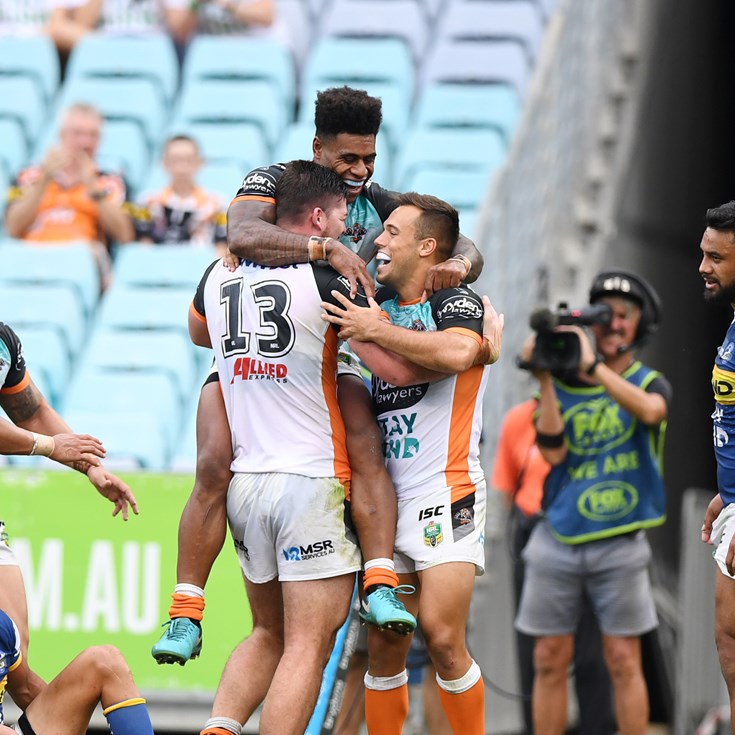